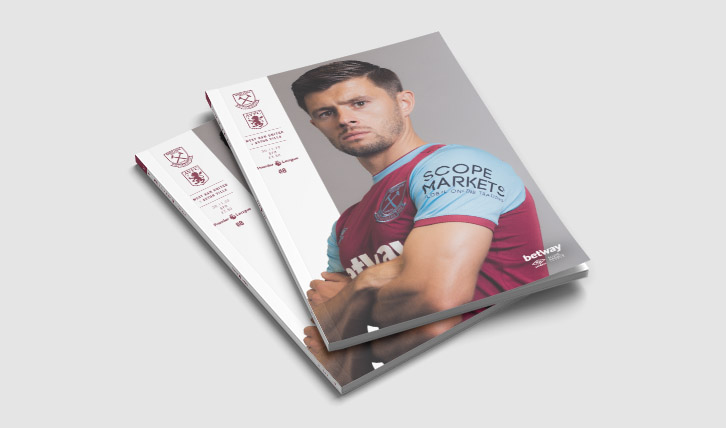 If you want to add to your collection of printed Official Programmes, the issue is also on sale now via the Club's online Programme Shop!

You can order copies of the Official Programme for the visit of Dean Smith's Villa now for just £3.50, plus £1.49 postage and packaging*. Copies will be sent via first-class post. Full-season subscriptions are also available, including all Premier League, FA Cup and Carabao Cup home issues, from just £108.

With fixtures being played without supporters present due to COVID-19 pandemic guidelines, Monday's 8pm kick-off will be broadcast live in the UK by BT Sport Box Office and across the world by the Premier League's international broadcast partners.

To help fans everywhere enjoy the matchday experience, we are also making a digital issue of the Official Programme, complete with enhanced video content, available FREE of charge. Click here to start reading your issue now!

The Evening Standard's Ken Dyer speaks to Ray Stewart about his famous 1980 FA Cup penalty winner against Aston Villa, columnist Mark Webster heads down the Added Time Tunnel, Irons legend Tony Cottee pens his regular column, Sid Lambert goes Back to the '90s to focus on Mike Small, and we continue to look back through the Club's 125th history.

There is an in-depth guide to Monday's visitors, including the expert opinion of the Birmingham Mail's Aston Villa reporter Ashley Preece.