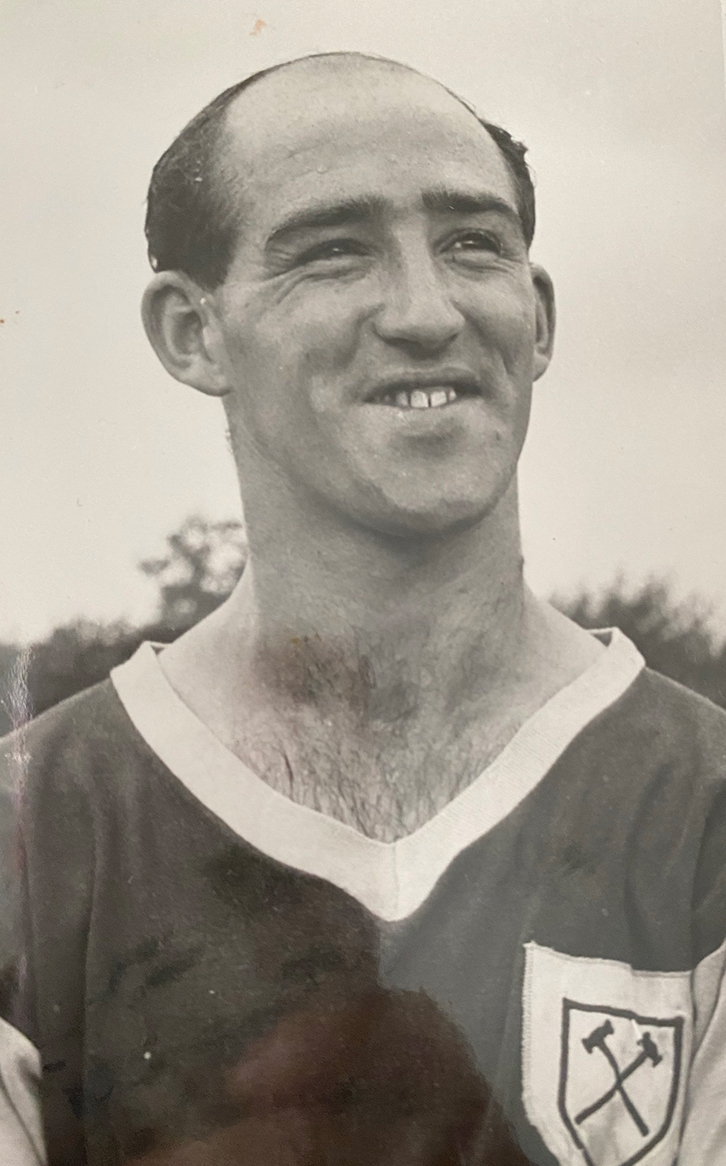 Everyone at West Ham United is saddened to learn of the death of former winger Doug Wragg, a member of the famous 1958 promotion-winning team.

Doug passed away on Monday 9 November, two months after his 86th birthday, and almost 66 years to the day since he made his first team debut in a Claret and Blue shirt.

Born on 12 September 1934 in Nottingham, Doug was spotted by the Hammers playing in a youth football final at Wembley in 1953 and signed professional forms for the Club in June that year.

Legendary Hammers boss Ted Fenton handed him his senior debut in an Essex Professional Cup semi-final against Colchester United on 11 November 1954, but National Service halted his progress and Doug didn’t make his first Football League appearance for the Club until August 1956, in a Division Two 2-0 win over Blackburn Rovers.

A skilful and pacy winger, Doug saw his first-team chances restricted by the competition with fellow right-wingers Ken Tucker and Mike Grice, but nonetheless became a respected and popular member of the squad, and a firm favourite among the Boleyn Ground faithful thanks to his entertaining and attacking style.

He made three appearances in the 1957-58 promotion-winning campaign – widely regarded as the achievement that put West Ham United on the map and led to the glory days of the 1960s – and secured his top-flight debut for the Hammers on 17 September 1958 in a 4-1 defeat against Manchester United at Old Trafford, just a week after a 17-year-old Bobby Moore had made his senior bow against the same opposition at Upton Park.

Doug made his 24th and final appearance for the Club in October 1959, in a Southern Floodlight Cup victory over Millwall at Upton Park – in which he scored his first and only two senior goals for the Hammers.

In March 1960, he joined Mansfield Town, where he finished top scorer in 1960-61, with 11 goals in 33 games, before moving to Rochdale, becoming part of the team that reached the 1962 League Cup final.

While playing for West Ham, Doug met and married his wife Pamela. Having moved back to his native Nottingham in 1964, Doug ended his professional career with spells at Chesterfield and non-league Grantham Town, hanging up his boots in 1966 and going on to work for a laundry company and then the Raleigh bike manufacturer, where he remained until his retirement.

Our condolences and best wishes go to Doug’s daughters Amanda and Caroline, granddaughters Aimee and Tia, niece Susan, and the rest of his family and friends at this sad time.