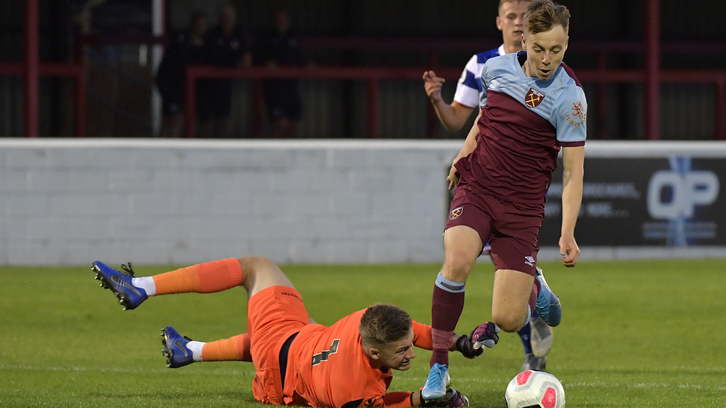 West Ham United winger Dan Kemp has today joined League Two side Stevenage on loan for the remainder of their league season.

The 21-year-old has been a strong contributor for West Ham U23s this season, finding the net eight times in just 15 appearances in Premier League 2 Division 2, whilst also scoring twice for the Hammers in the EFL Trophy before Christmas.

He was also recently named amongst first-team manager David Moyes' substitutes for the FA Cup fourth round game at home to West Brom.

Kemp could be in line to make his Football League debut for Stevenage on Saturday, when the Boro host Leyton Orient.

Everyone at West Ham United would like to wish Dan all the best for his loan spell at Stevenage.