Jimmy Greaves, who turns 80 on Thursday, is easily the best English forward of all time, according to his fellow 1966 World Cup winner and former West Ham United and England teammate, Sir Geoff Hurst.

A prolific marksman who scored more than 350 goals for Chelsea, AC Milan, Tottenham Hotspur and the Hammers, Greaves also netted 44 goals in 57 caps for England, although an injury in the final group game at the 1966 finals allowed Hurst the chance to come into Alf Ramsey’s side and go on to score the hat-trick in the final that clinched the Jules Rimet Trophy.

The disappointment of missing the final did not create animosity between the pair – “not for one second” said Hurst – and the former Hammer, 78, had no hesitation in naming Greaves as the greatest English striker there has ever been.

You hear the term 'genius', and it is the one word which applies to Jimmy

“There have been some great players but forwards are judged on goals, and there’s nobody who could touch him,” Hurst told the PA news agency. “I am asked is there any animosity between Jimmy and I, because I took his place? But not for one second.

“Jimmy has always said it was a bitter blow. There is no way that team would have changed had he not been injured (against France). Leaving Jimmy Greaves out was not an option. You hear the term 'genius', and it is the one word which applies to Jimmy.

“I played against him for West Ham when he was at Spurs, and in one game he missed a penalty and put it over the bar. He came back across the centre circle and said ‘Geoff, sometimes they go in, sometimes they don’t’. That was the ‘don’t give a s***’ attitude that you need.

“In a crowded penalty area, 20 people in it, he would always anticipate and find space and the ball would then come to him. Jimmy would always expect the ball – it would bounce off three players, the crossbar twice and the goalkeeper but he would be ready and prepared to just tap it in. It was quite a unique skill.” 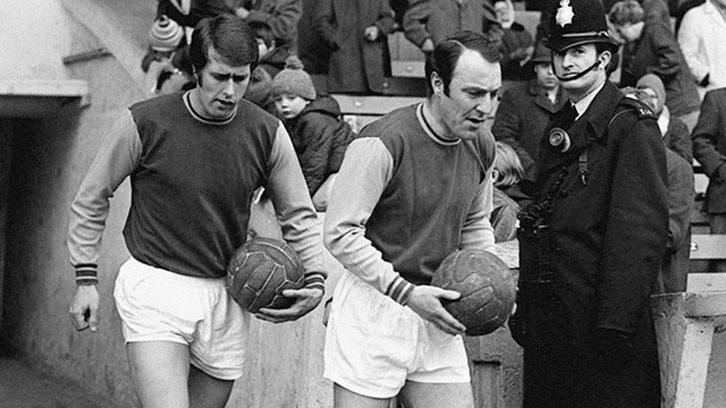 Born in Manor Park in east London, Greaves came through the youth ranks at Chelsea, making his debut aged 17 on the opening day of the 1957/58 season. He scored an incredible 132 goals in 169 games for the west London side, and was only 20 years and 290 days old when he reached the 100-goal mark.

He joined AC Milan just before the abolition of the maximum wage in England in 1961, but despite continuing to score goals at an impressive rate, he did not settle in Italy and returned to England with Tottenham before the year was out. He holds Spurs’ all-time scoring record with 268 goals, winning the FA Cup in 1962 and 1967 and the European Cup Winners’ Cup in 1963.

Then 30, Greaves moved to West Ham as part of an exchange deal with the late Martin Peters – another of his 1966 World Cup-winning squadmates – in 1970, and scored two goals in a 5-1 First Division win at Manchester City on his debut, playing alongside the likes of Hurst, Billy Bonds, Trevor Brooking and Ronnie Boyce. 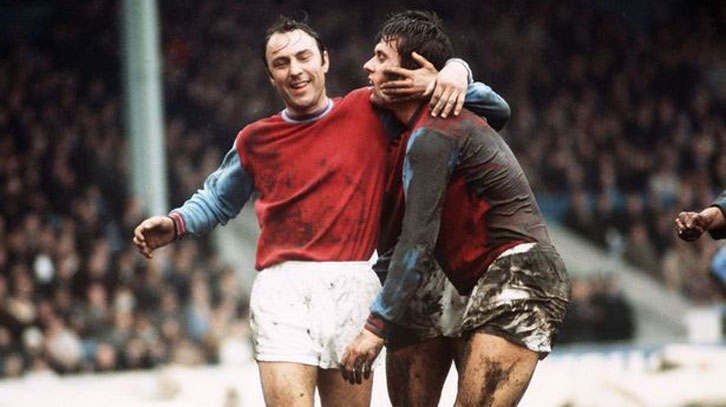 “We played almost a season together – it was a great privilege to play with one of the greatest players you’d ever seen,” Hurst said. “I probably wish we’d played together when we were a bit younger, and more games with him for the national side.”

A new BT Sport documentary about Greaves’ unique life aired on Tuesday night and can be viewed online here.

Everyone at West Ham United would like to wish Jimmy Greaves a happy 80th birthday.