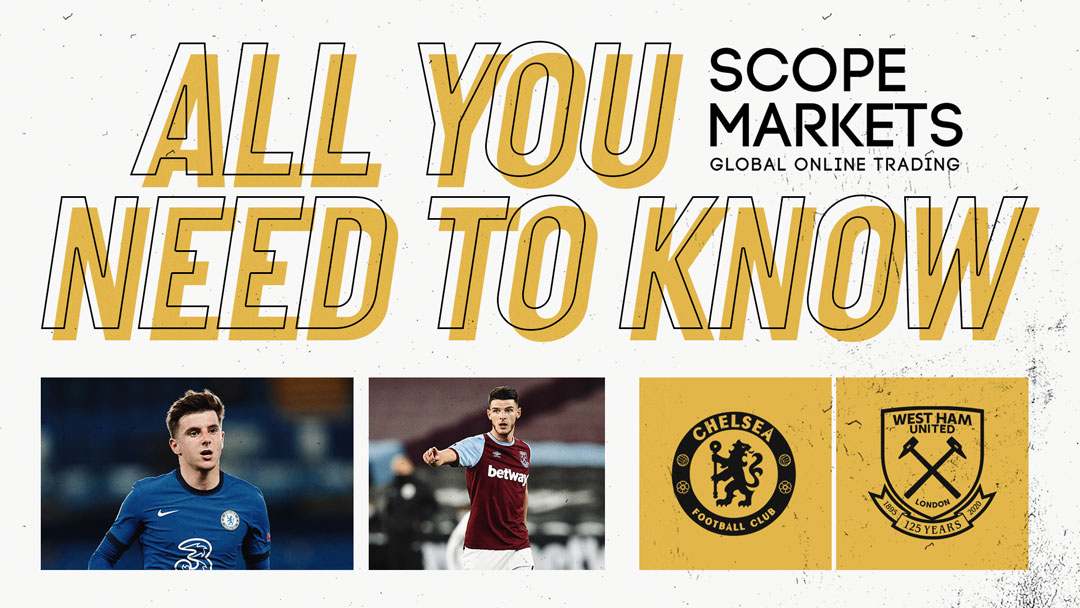 West Ham United return to Premier League action on Monday evening with a trip to Chelsea, with kick-off at 8pm.

The Hammers could go as high as fourth in the Premier League with a win, should Leicester City and Manchester United's results go their way. West Ham kick-off on 21 points from 13 games, one place and one point below the Blues.

David Moyes' side have lost just one of their last six matches, winning four, while Frank Lampard's men have lost their previous two at the hands of Everton and Wolverhampton Wanderers, both of them away from home.

Monday's game will be played without supporters present as London is currently in Tier 4 of the Government's COVID-19 restrictions, but it will be broadcast live in the UK by Sky Sports Main Event, Sky Sports Premier League and Sky Sports Ultra HD, and across the world by the Premier League's international partners.

Speaking at his pre-match press conference, David Moyes revealed that centre-back Fabian Balbuena – who missed the Wednesday's 1-1 home draw with Crystal Palace with a groin injury – and Michail Antonio – who has been out of action in recent weeks with a hamstring problem – will both require further assessment.

Frank Lampard held his press conference on Friday, when he said it was too early to say whether wingers Hakim Ziyech and Callum Hudson-Odoi will return to the squad for Monday's game after suffering hamstring injuries. However, England right-back Reece James is out with a knee injury.

After spending an estimated £250 million in the summer, Chelsea have made an up-and-down start to the 2020/21 season, sweeping through their UEFA Champions League group unbeaten, but winning just six of their opening 13 Premier League matches and losing to rivals Tottenham Hotspur in the EFL Cup fourth round.

The new arrivals joined a squad that already included a host of internationals, including five other England internationals, France's FIFA World Cup winners N'Golo Kante and Olivier Giroud, plus many other top-class stars.

With such a large outlay and so much talent, Chelsea might have hoped to launch a sustained title bid, and that may still materialise, but recent defeats by Everton and Wolverhampton Wanderers suggest the Blues' more realistic target may be a place in the top four.

West Ham United and Chelsea meet in the Premier League for the 49th time on Monday evening. The Hammers have won 14 of the previous 48, with Chelsea winning 25 and nine draws.

Five of the Irons' 14 wins came at Stamford Bridge, including a 1-0 success last season, when Aaron Cresswell scored the only goal of the game in November 2019. In fact, West Ham are seeking a third successive Premier League win over the Blues for the first time since winning four in a row between 1972-74, having done the double over their London rivals last term.

West Ham's biggest-ever top-flight win at Stamford Bridge was in March 1986, when John Lyall's side thrashed John Hollins' Blues 4-0. The highest-scoring top-flight game at Chelsea was in December 1966, when the two sides shared ten goals in a 5-5 draw.

A member of the Manchester Football Association, Chris Kavanagh is in his fourth season as a Select Group referee.

Kavanagh’s first West Ham United appointment was the FA Cup fourth-round defeat at Wigan Athletic in January 2018. Since then, he has taken charge of eight Premier League fixtures featuring the Hammers, with the most recent being the 3-1 win at Watford in August 2019.