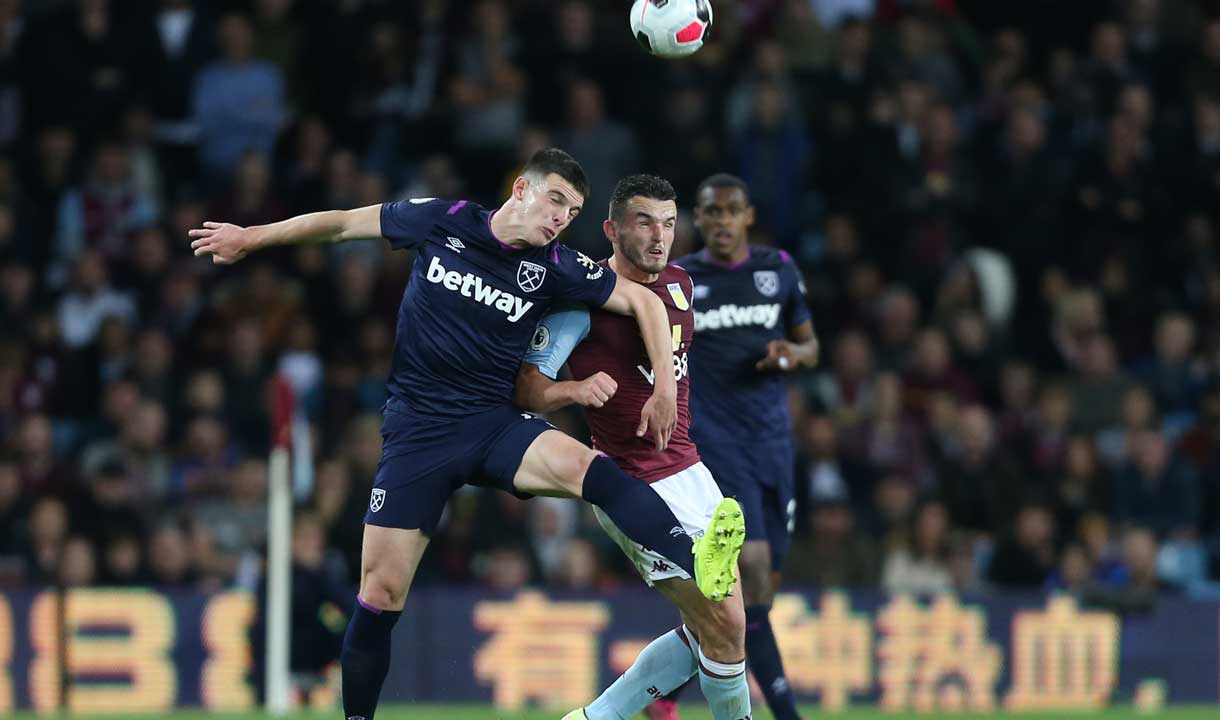 Arthur Masuaku saw red midway through the second period, after picking up a second yellow card of the game for a foul on home sub Ahmed El Mohamady, but the Hammers stood firm to ensure the game would end goalless, earning a third clean sheet in all competitions.

The scoresheet may have remained blank at full-time, but there was nevertheless plenty to get both sets of fans off their seats with both sides giving their all in search of a winner.

Off target headers from Wesley and Sebastien Haller probably represented both teams’ best openings, while Lukasz Fabianski saved smartly from John McGinn and Anwar El Ghazi either side of the break.

The opening exchanges were fairly even, with Andriy Yarmolenko having a shot blocked by Bjorn Engels inside the area early on, before Wesley nodded over when well placed for the hosts after 13 minutes.

The Hammers gave a glimpse of their counter-attacking threat midway through the half, when Manuel Lanzini and Felipe Anderson combined in a slick move to cross for Haller, who sent his header wide of the mark.

It wasn’t until the stroke of half time that Fabianski was seriously extended, and he was up to the task, diving to his right to turn McGinn’s well-struck first time shot aside, following good work down the wing from El Ghazi.

The second half started in lively fashion, with Villa’s Neil Taylor forcing a diving stop from Tom Heaton with his attempted header back to the goalkeeper, before McGinn slid a low shot wide of Fabianski’s left hand post from the edge of the box.

McGinn turned provider six minutes later when he aimed a ball towards El Ghazi, and Fabianski did well to get down and repel his hooked shot on the bounce.

As the game entered its final quarter, the visitors’ task was made all the more difficult by a second yellow card for Masuaku, when referee Mike Dean judged the left-back to have clipped El Mohamady as he tried to escape down the flank.

Pellegrini’s men made light of their disadvantage, still possessing a threat on the break and only really giving up one chance to Jack Grealish, who couldn’t convert Douglas Luiz’s cross on the stretch.

In the end, both sides had to be content with a point, having given their all to claim all three – and West Ham would take that.