Issa Diop: The next step is to be consistent for all the season 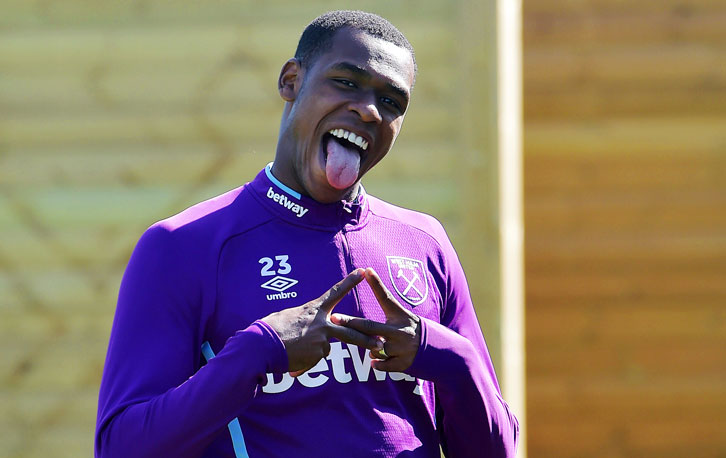 Aside from his athleticism and ability, perhaps the most noticeable thing about Issa Diop is his relentless determination to improve.

West Ham United’s French centre-back arrived in east London a little over a year ago, having already captained his hometown club, Toulouse, while still a teenager.

Now 22, Diop is still never willing to settle, both as an individual and as a team, despite helping the Hammers to Premier League wins over Watford and Norwich City already this term.

“August was a good month,” he said, reflecting on the opening month of the season. “We won two games and drew one, so we have seven points after four games. It’s a good start; not the best, but we improved in comparison to last season, so I hope we are going to do the same for the rest of the season.

“For the team, Norwich was a good game, but we should have scored more. The most-important thing is to create the goalscoring situations and we did that, and we also didn’t concede a goal, so it was OK. As a team, when we defend all together, it’s easier. When we defend and attack together, we are a consistent team, so I hope we are going to do this all season and have a very good season.

“We still have room to improve. We didn’t show all our potential. We show it sometimes but not all the time, so the next step is to be consistent for all the season.”

The lads told me Aston Villa is a very good atmosphere with good fans, so like every game we want to win, so I hope we’re going to do our best game to get the three points

Manager Manuel Pellegrini is famously unwilling to set targets for his team, but Diop is different.

After seeing West Ham waste opportunities to finish in the top seven last year, the No23 wants to avoid the same mistakes this time around.

“Europe qualification has to be our target, it has to be and it is better to have high ambition than low ambition!” he smiled. “We want to finish the season in the best-possible position and go far in a cup, if not win a cup. We have to have big ambition and we shouldn’t be scared of these targets. This helps to push you forward.”

West Ham will go third with a win at Aston Villa on Monday evening and, while Diop expects a tough test in the Midlands, he is optimistic the Irons can make it three victories in a row,

“Away games are always difficult in England but it’s going to be a good game,” he observed. “The lads told me Aston Villa is a very good atmosphere with good fans, so like every game we want to win, so I hope we’re going to do our best game to get the three points.”