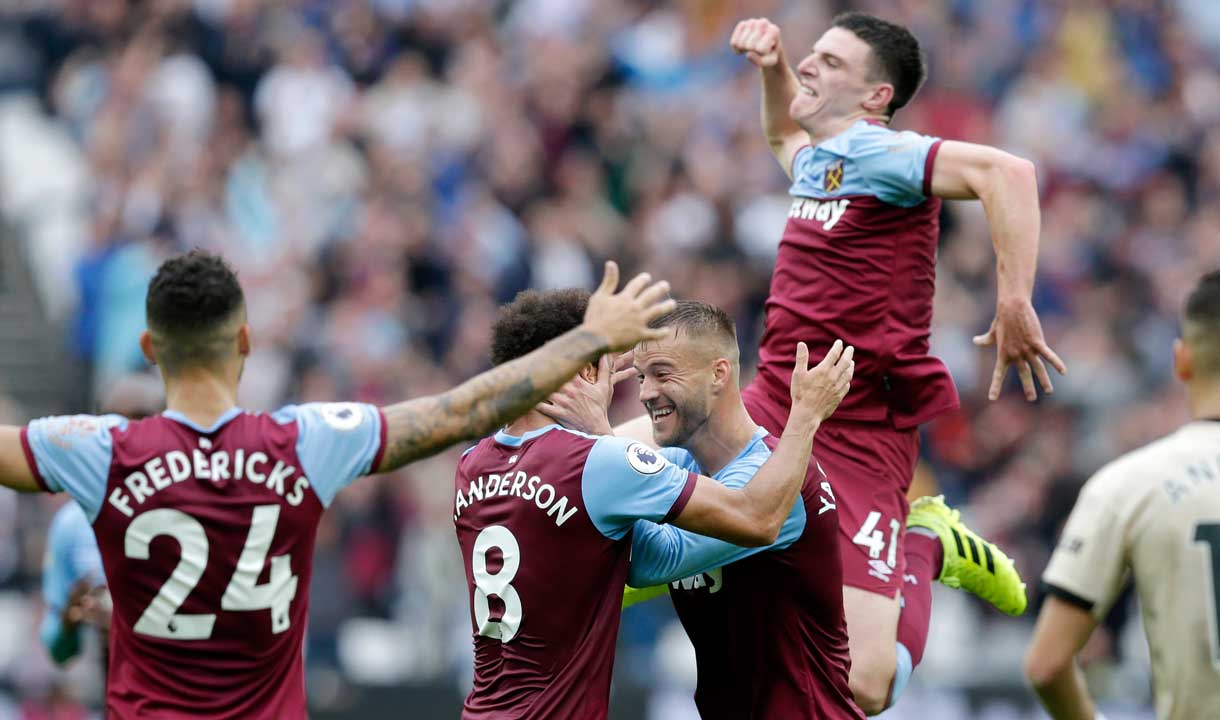 Seven of West Ham United’s Premier League fixtures in December and January have been moved to new dates or kick-off times, or both!

The home matches with Arsenal, Leicester City and AFC Bournemouth have all been switched, as have the away games at Wolverhampton Wanderers, Southampton, Sheffield United and Leicester.

To kick-off December, the trip to Molineux has been pushed back 24 hours to 7.30pm on Wednesday 4 December due to Wolves’ participation in the UEFA Europa League group stage.

The derby with Arsenal will now be played under the London Stadium floodlights on Monday 9 December, with kick-off at 8pm.

The following weekend, the Hammers will travel to St Mary’s Stadium to face Southampton on Saturday 14 December, with kick-off moved to 5.30pm.

The first home game after Christmas sees Leicester City visit Stratford on Saturday 28 December at 5.30pm. Due to the Foxes’ involvement in a 5.30pm kick-off at home to Liverpool on Boxing Day, the visit of Brendan Rodgers’ side has also been pushed back.

Into 2020 and the visit of AFC Bournemouth to London Stadium on New Year’s Day, Wednesday 1 January, will also kick-off at 5.30pm.

Friday night football is back on 10 January, when the Irons travel to Yorkshire to face Sheffield United, with kick-off at Bramall Lane at 8pm.

And last but not least, the away fixture with Leicester will now be played at King Power Stadium at 7.30pm on Wednesday 22 January.

Full ticket details for all of the above fixtures will be announced on whufc.com in due course.