Sebastien Haller: We have to improve 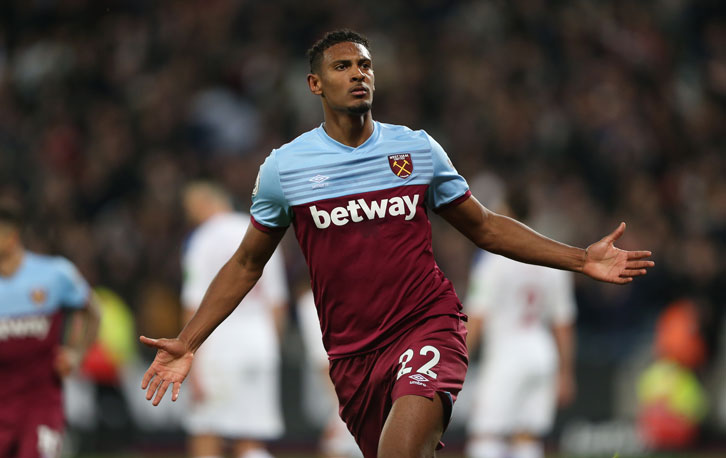 Sebastien Haller says West Ham United need to be more clinical if they are to avoid results like Saturday’s 2-1 defeat by Crystal Palace.

And the striker admitted his own missed chances played their part in what was only the Irons’ second Premier League loss of the season.

The French forward netted his fourth goal in seven top-flight appearances to put the Hammers in front at London Stadium, poking home at the end of an outstanding eight-man move.

But the No22 had earlier seen two close-range shots saved by Vicente Guaita, and later headed too close to the Spanish goalkeeper after his side had fallen behind, leaving him feeling frustrated.

“I think we could have won this game, too,” he confirmed. “But it’s the Premier League and everything is about small details but maybe we, or I, should have scored earlier.

“But that’s football. We missed some chances, me first, and I should have been more efficient but that’s football, unfortunately, we conceded some goals and it’s very frustrating, especially at home.

“Like I said, it’s really frustrating and we think we should have taken at least one point. It would have been the normal thing.”

Haller’s fast start to life in Claret and Blue means he has been directly involved in five goals in his first seven Premier League appearances for the Club – third in the c-ompetition’s history behind Diafra Sakho and Dimitri Payet.

He will seek to continue that impressive run when West Ham return to action at Everton after the international break.

Should he do so, the Hammers will have every chance of returning to winning ways at Goodison Park.

“Now, the only thing we can do now is go forward, just work and focus on our mistakes and that’s it,” he confirmed.

“We have to improve. We were on a good run and we want to to keep going like that. We know we have important games in the future so the only thing we can do is just work and just stay together.”