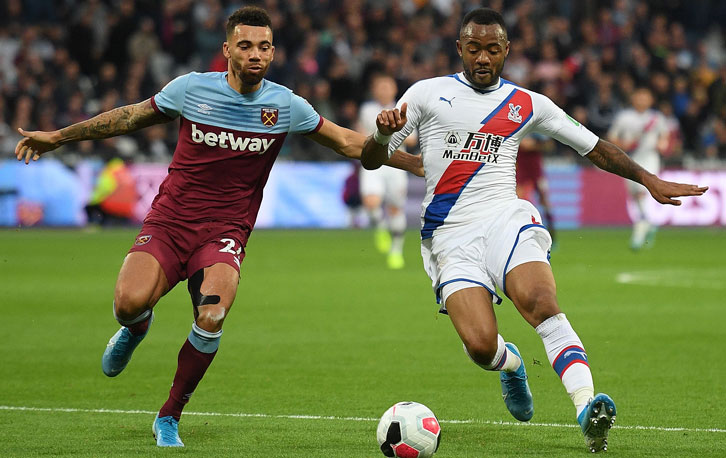 Ryan Fredericks and his West Ham United teammates were left frustrated after losing Saturday’s Premier League fixture to Crystal Palace by the narrowest of margins.

The Hammers looked on course for a fourth win in seven matches and third place in the table when Sebastien Haller converted Fredericks’ cross at the end of a sweeping team move.

But Palace turned the game in their favour to win 2-1, first when Patrick Van Aanholt converted from the penalty spot after Declan Rice was penalised for handball, then when Jordan Ayew’s late strike was awarded after a lengthy VAR review for offside.

“We’re gutted,” said Fredericks. “It’s a massive three points lost and I’m not even sure we’d have been happy with a draw, I don’t think, at the end of the day.

“We had chances in the first half to be one or two goals up, then we go and get the goal, the penalty doesn’t go our way and I haven’t seen the VAR decision back and I haven’t seen how tight it was, but it must have been tight if it took that long to decide. We lost the game by inches, really, so we’re gutted.

For West Ham, it was the latest case of missing an opportunity to climb into the upper reaches of the table.

After starting the day in fifth and knowing a win would put them back into the top four, the Irons lost after taking the lead for the first time in 21 Premier League matches, and ended the game in seventh place.

“We definitely need to be winning these games if we want to be challenging for the top six,” the right-back observed. “Our squad is way too good to be aiming just for the top ten or top eight.

“We need to be higher up in the table. We’ve got just as good a squad as some of the other so-called top six and that’s where we want to be.

“If we had won the game today, I think we’d have been in third, so we’re gutted.”

In a game where West Ham only flashed the moments of quality they have shown in recent weeks, the home side’s goal, which involved eight outfield players, was one of few standout pieces of play.

“I had the ball out wide in a bit of space,” Fredericks recalled. “Seb is always likely to pull off and head to the penalty spot so, when I saw him, I stuck the ball there as hard as I could and thankfully he got on the end of it.”

The goal showed the Irons could cut Palace apart, but they were only able to do so once on what turned out to be a frustrating afternoon at London Stadium.

West Ham will hope for better when they return to action at Everton after the international break.