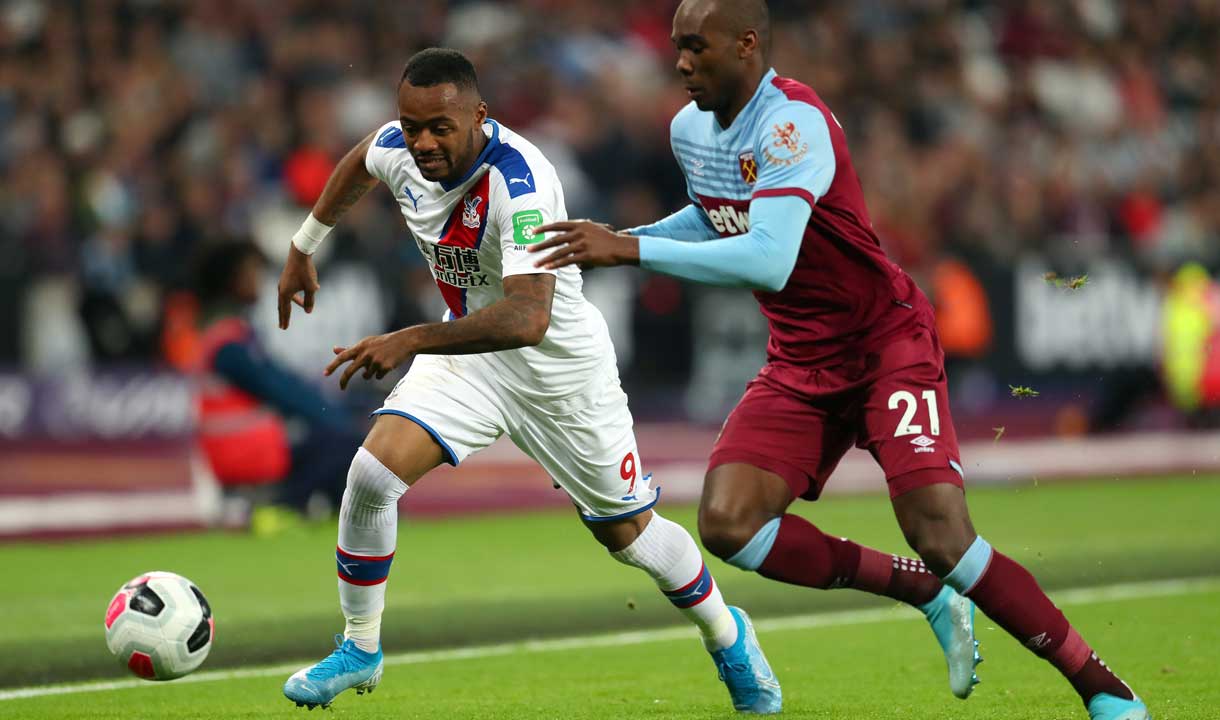 West Ham United let a lead slip as their six-game Premier League unbeaten run came to an end against Crystal Palace on Saturday.

The Hammers looked set to extend their rich vein of form when Sebastien Haller finished off a magnificent team move nine minutes into the second period, only for the visitors to turn the game on its head.

After a slow start to proceedings, the opening period sprung to life around the half-hour with a couple of chances for the hosts.

First, Haller was denied by Eagles goalkeeper Vicente Guaita from close range after being teed up by Andriy Yarmolenko’s low cross from the right.

Then, Felipe Anderson was presented with a couple of openings in quick succession – both from Ryan Fredericks crosses. He was picked out in space at the far post for the first but miscued his volley, and as the Hammers kept the attack alive, Fredericks was allowed to deliver again and this time Guaita saved the No8’s diving header.

Fredericks was called into action at the other end with 36 minutes on the clock, showing excellent awareness to drop back to the goalline and clear Jeffrey Schlupp’s goalbound effort, after Wilfried Zaha escaped a challenge in the penalty area to lay the opening on.

Roberto – making his first Premier League start in place of the injured Lukasz Fabianski – then dived to his left to turn a fierce James McCarthy shot away to safety as the interval came with the scoresheet blank.

It only took nine second half minutes for the deadlock to be broken, though – and it was a goal of real quality from the Hammers.

Eight of the ten home outfield players were involved in a 13-pass move which started with Aaron Cresswell at left back and ended with Fredericks crossing low from the right channel for Haller to slide home.

Palace were level within eight minutes, when they were awarded a penalty for handball after Declan Rice blocked Cheikhou Kouyate’s hooked cross with a raised arm. Van Aanholt stepped up and made no mistake from 12 yards, sending Roberto the wrong way to slot inside the left hand post.

The visitors would complete the turnaround three minutes from the end when Gary Cahill climbed highest at the far post to nod across and Ayew was there to knock home. A raised flag initially cut short their celebrations, but a VAR check confirmed the Eagles striker was just onside and the goal was given.