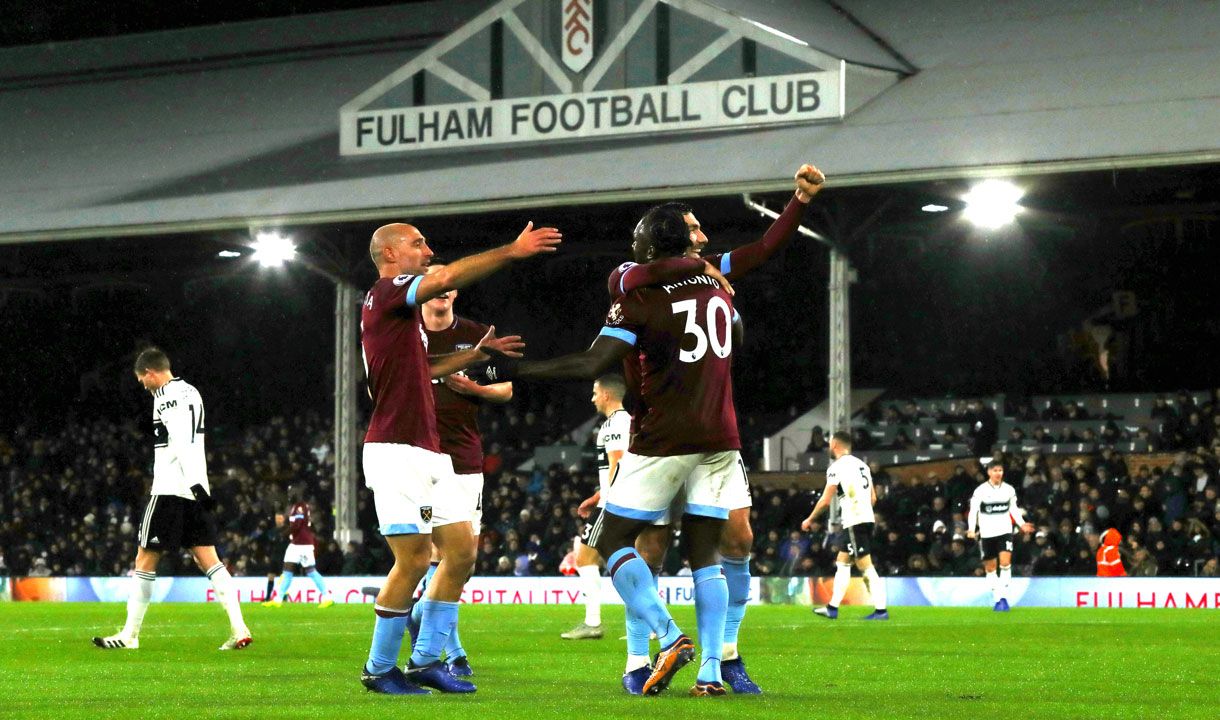 West Ham United will travel to Fulham for a pre-season friendly on Saturday 27 July, kick-off 3pm.

Manuel Pellegrini’s men will head across London to take on the Cottagers in their first pre-season fixture on English soil this summer.

The Hammers enjoyed a fruitful trip to Craven Cottage in the season just gone, winning 2-0 in December thanks to goals from Robert Snodgrass and Michail Antonio.

Now, with Fulham having suffered relegation to the Championship, Pellegrini’s men will continue to fine-tune their preparations for the new campaign against the team managed by three-time Hammer of the Year Scott Parker.

The ticket allocation for Hammers fans is still to be confirmed, due to planned redevelopment works at Craven Cottage. Full sales dates and allocation details will be published on whufc.com in due course.

West Ham will begin pre-season with a game against Austrian Bundesliga side SCR Altach at their CASHPOINT Arena home on Thursday 11 July.

The Premier League Asia Trophy follows, where the Hammers take on Manchester City in the semi-final in Nanjing on Wednesday 17 July, before meeting either Wolverhampton Wanderers or Newcastle United in Shanghai three days later.