Haller, fresh from a prolific campaign in the Bundesliga which saw him net 19 times for Eintracht Frankfurt, is now ready to take on the Premier League – helped by the group of creators ready to supply him with opportunities in Claret & Blue.

Manuel Pellegrini has already added Spain international Pablo Fornals to his midfield ranks this summer, and with the likes of Felipe Anderson, Manuel Lanzini, Andriy Yarmolenko and Jack Wilshere all primed to unlock defences, Haller is relishing the prospect of linking up with them.

West Ham are currently competing in the Premier League Asia Trophy in China, but Haller could feature for the first time when they return to home soil to take on Fulham at Craven Cottage a week on Saturday.

“It’s exciting to start to play because I know there is a lot of quality up front,” the Frenchman explained. “I want to see this and show [my quality] also.

“I feel really great to have signed at West Ham. I think it’s a really good opportunity for me to be here.

“I’m someone who thinks a lot about every choice I make and examine all the details. The possibility to sign here was looking really great so I said yes, we have to do it. And it took just a few days to take this decision, so now it’s real and I feel good.” 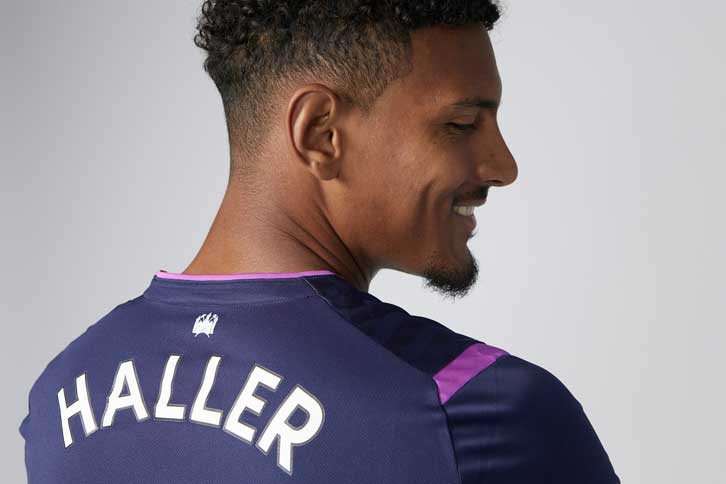 Haller arrives as the third player to break the club’s record transfer fee in little over a year, following the signings of Issa Diop and Felipe Anderson last summer.

The 25-year-old says he can guarantee maximum commitment as repayment for the faith shown in him by his new club.

He added: “It means a lot (signing for a record fee). It proves that the club [has] really wanted me for a long time. I felt this desire to sign me and I’m really happy to sign, also.

“For me I can guarantee is that I will give 100% for the club because the club has given me this confidence and I will try to give it back every day in every game.

“I will always give 100% and respect the club. I know it’s a big transfer and there is a lot of expectation around me, and I just want to make people proud of this transfer and I will give everything I have.”