Pablo Fornals has paid his first visit to London Stadium.

West Ham United's Spanish signing will not join up with his new teammates for another week following a busy summer on international duty at the UEFA European U21 Championship finals, where he helped his country win the title.

However, Fornals was so keen to see where he will be playing this coming season that he flew to London with his girlfriend to take a look around his new home.

The fans fill London Stadium every weekend, which is something admirable, especially with the passion with which football is lived here in England

"I knew about the fans, about the stadium, which is a beautiful stadium," said Fornals, who should make his home debut in the Betway Cup clash with La Liga club Athletic Bilbao on Saturday 3 August. "The fans fill a stadium that can fit a lot of people every weekend and I think it is also important to play with the support of your fans at home.

"They fill the stadium, a stadium where there are 60,000 thousand people. They fill it every weekend, which is something admirable, especially with the passion with which football is lived here in England."

A creative, technically-gifted playmaker with an eye for goal, Fornals has joined the Hammers from Villarreal, for whom he excelled in both La Liga and the UEFA Europa League.

Fornals, who became the second most-expensive signing in the Club’s history behind Felipe Anderson, has signed a five-year contract, with an option of a further year.

Just 23, the Castellon-born player has already made more than 150 senior appearances and will join up with Manuel Pellegrini’s squad after a successful summer that saw his performances at the Euro U21 finals draw widespread praise. 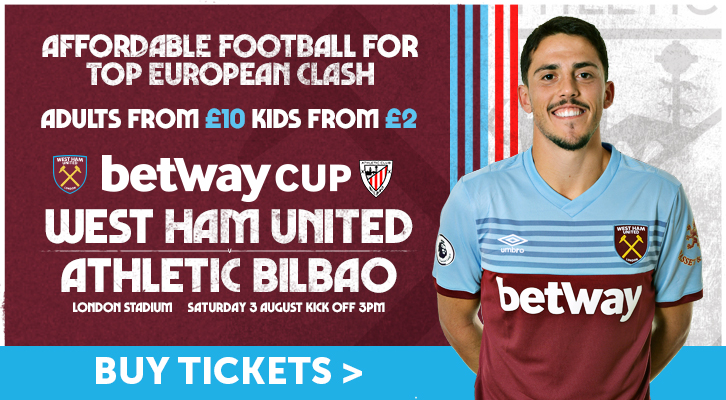