West Ham United players were thoroughly tested, scanned and assessed on their return to Rush Green for pre-season training.

The Irons, apart from internationals Declan Rice, Marko Arnautovic, Lukasz Fabianski, Fabian Balbuena, Arthur Masuaku and Euro U21s winner Pablo Fornals, were put through a range of examinations on their first day back of the 2019/20 campaign.

The players underwent cardiac screening, which checks the rhythm of the heart, as well as blood tests and weight and body fat measurements.

This is good baseline data for the new season... we want to make sure the data we get today allows us to plan and prepare for the season ahead.

Head of Medical Richard Collinge said: “We’ve got the mandatory cardiac test that we do with the players every year, which is an ultrasound of the heart and the heart rhythm. We also do a series of blood tests, looking at inflammatory markers in the blood or mineral markers, such as vitamin D. 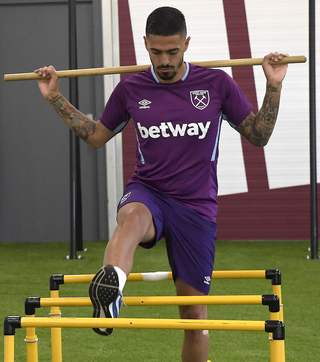 “We then do a musculoskeletal screen which means we look at the range and motion of the muscles and joints. We go into the gym and look at power tests and jump tests to see how the guys are performing.”

The first day of pre-season at the West Ham United training ground is always an exciting time and is crucial for how the new campaign will proceed for the Irons.

Collinge explained that the figures collated from these tests will provide the reference points for him and his team throughout the 2019/20 season.

“This is good baseline data for the new season,” he continued. “What we want to make sure is things just don’t deteriorate throughout the season. Things do obviously change because right now the guys are fresh.

“What will happen over the next few weeks is muscles will get tighter and joints will tighten up, so we want to make sure the data we get today allows us to plan and prepare for the season ahead.

“We’ve got ten days in Bad Ragaz now, with the mentality being to bring the group together. But there’s a work ethic expected there too – everyone works hard and recovers hard. It’ll be great to get everyone integrated together again.”