Fabianski: I just want to help the team as much as I can 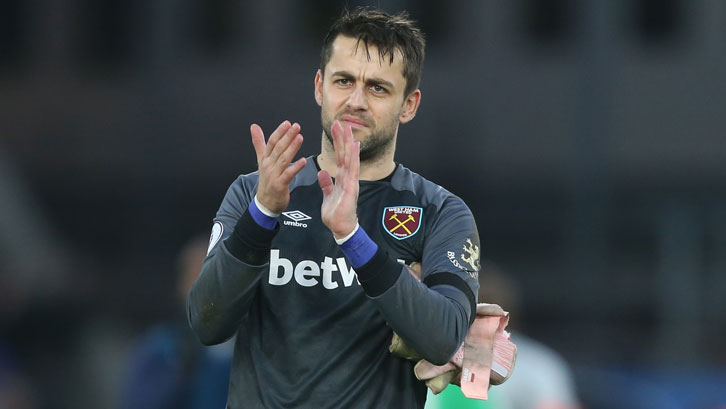 The way West Ham United goalkeeper Lukasz Fabianski has performed this season, it is no surprise to see a growing clamour among supporters for the Poland star to be voted Hammer of the Year.

Fabianski has been in sensational form throughout his debut campaign with the Irons, being an ever-present in the Premier League and making a top-flight high 101 saves in his appearances.

The hard-working 33-year-old is not about to sit back and enjoy the adulation he is receiving, however, and has vowed to try to take his game to an even higher level over the final dozen matches of 2018/19.

“I am very happy with the way things are going,” said the No1, who was in outstanding form again in Saturday’s 1-1 draw at Crystal Palace. “I just want to continue in the 12 games until the end of the season.

“I just want to help the team as much as I can to have a good season and move forward for the Club, that is our target to improve ourselves.

“I want to use my experience to keep developing. I have to work hard and understand the game a lot more. I needed a bit of time. I am happy where I am at the moment and I hope I will continue to grow as well because there are plenty of years left in me.”

Reflecting on the weekend draw at Selhurst Park, where Fabianski made four fine saves and was only beaten by Wilfried Zaha’s deflected strike, the goalkeeper felt West Ham had rode their luck, but deserved their hard-earned share of the spoils.

“The first half, we looked like a team in control of things that were happening on the pitch,” he observed. “They came out really strong in the second half and could see they were creating more chances. Zaha was very influential in the game. In the end, with a bit of luck for them with the goal, they deserved the equaliser. It was a fair result.

“[The goal] was frustrating. You never want to let the goals in. It was a bit unlucky from our side, a bit of a deflection. You hope the luck will be with you, but they came out strong second half and it is a fair result. We have to respect the point.” 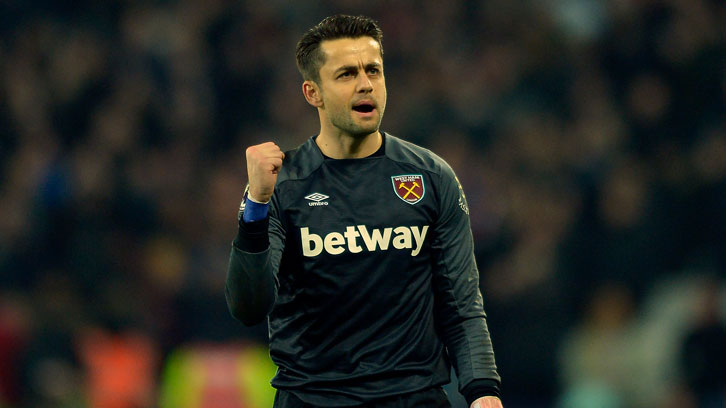 West Ham have seemingly recovered from their rocky January, during which they lost convincingly at AFC Wimbledon and Wolverhampton Wanderers in the Premier League and AFC Wimbledon in the Emirates FA Cup.

Resilient displays in 1-1 draws with Liverpool and Crystal Palace has Fabianski believing the Hammers have rediscovered the formula which served them so well in December, when they won five Premier League games out of seven.

“The recent results and the performances before Liverpool… in December we had a really good run, we looked really solid then, after the Arsenal game, we looked a bit all over the place,” he observed.

“I think it is more the mental side. If we are on it from the very first minute then we are really able to compete against almost anyone in this league, and we very solid and compact as a team. We know that with this mental side, when you start compact and work hard for the team, then you are always able to get something from the games.

“That is one conclusion we have made from the performances that were not good. We realised what we have to do out there to get a result. If sometimes we are not playing pretty football, then we know with hard work and tactical awareness you are able to get points.”