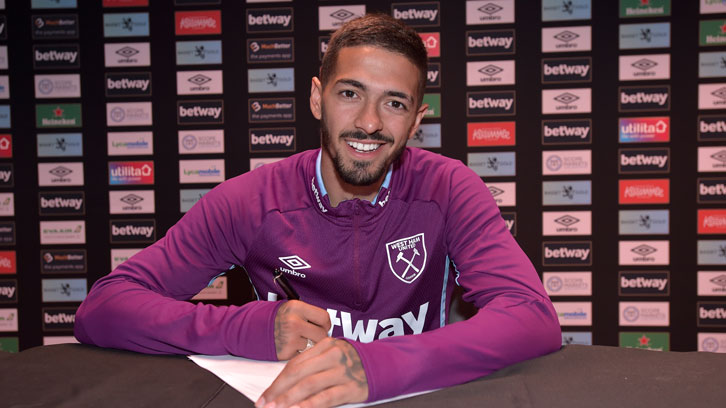 West Ham United is delighted to announce that Manuel Lanzini has signed a new long-term contract with the Club.

The No10 has put pen to paper on a deal until 30 June 2023, with the option of extending his stay at London Stadium for a further two years.

Lanzini, who joined the Hammers in summer 2015 and recently passed 100 Premier League appearances in Claret and Blue, is looking forward to spending the prime years of his career in a West Ham shirt.

“I’m so happy to sign a new contract for West Ham,” said the 26-year-old. “I think it’s the best decision for me.

“I’ve been here for a long time and I’ve said in an interview before that I like West Ham, I like the fans, I like the staff and when I came here all the people were comfortable with me. I like to stay here.

“It’s a big decision but also easy, because when you feel good in one club and you like the club and the club likes you, it’s easier to decide these things. For me, it was not difficult. It was easy, because I love it here. 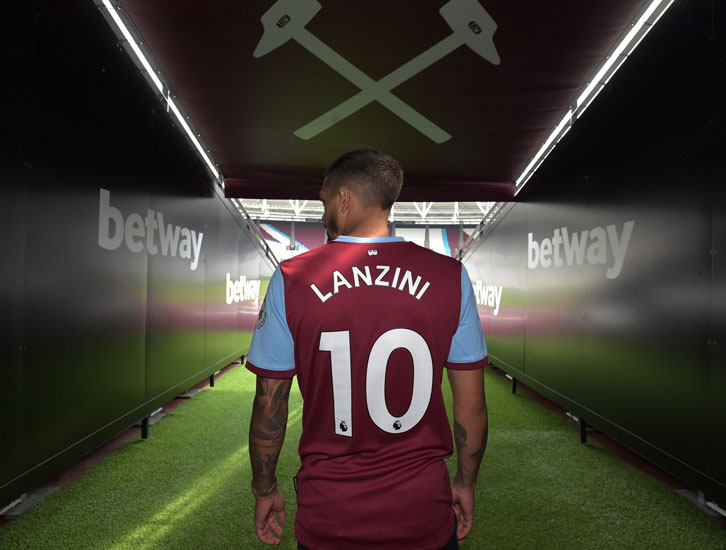 A playmaker capable of playing as a central attacking midfielder, inside forward or wide on either flank, Lanzini is an elusive talent blessed with superb technique, a low centre of gravity, the rare ability to dribble at speed and a knack of scoring important and often spectacular goals.

Born in San Antonio de Padua in the Greater Buenos Aires metropolitan area to Italian ancestry, Lanzini was a teenage prodigy with the city’s River Plate club, making his debut and becoming a first-team regular at the age of 17.

Following River’s shock relegation in 2011, he was loaned to Brazilian giants Fluminense, where he won the Serie A title at 19. With that achievement under his belt, he returned to River, where he was handed the coveted No10 shirt and excelled over the next two seasons, scoring 13 goals and assisting eleven more.

Lanzini’s next move was to Abu Dhabi, where he became the youngest foreign player to appear in the UAE Arabian Gulf League at the age of 21 after joining Al-Jazira. Again wearing the No10 shirt, Lanzini scored eight goals in 24 league appearances as Al-Jazira finished runners-up in 2014/15.

That form saw West Ham swoop to sign the Argentinian, initially on loan, and he repaid that faith by scoring just minutes into his debut in a UEFA Europa League qualifier against Romanian side Astra Giurgiu.

Lanzini played a full part in that unforgettable 2015/16 season, dovetailing beautifully with Dimitri Payet as the Hammers departed the Boleyn Ground in style, and was rewarded with a permanent move to east London in March 2016.

Since then, he has continued to impress, making his senior international debut against Brazil in 2017, and scoring his first Argentina goal against Italy in March last year.

West Ham United would like to congratulate Manuel on his new contract and wish him the best for his future career in Claret and Blue.