Roberto: This was a great way to start

A victory, a clean sheet and progression to the third round of the Carabao Cup made Tuesday night’s victory at Newport County the perfect West Ham United debut for goalkeeper Roberto.

Alongside striker Albian Ajeti, Roberto was one of two debutants in Manuel Pellegrini’s side in South Wales, as goals from Jack Wilshere and Pablo Fornals sealed a 2-0 success for the east Londoners.

The 33-year-old, who joined the Hammers this summer from Espanyol, was tested by efforts from Padraig Amond and Kyle Howkins either side of the break, and he was delighted to play his part as his team negotiated a tricky cup tie.

“It’s always very good to start like this,” he explained. “I hope to keep the same rhythm, along with all of us, in this competition as it will help the team for Premier League games as well. It’s always good to win with a clean sheet, of course.

“Tonight was a good night for us and now we’ll get ready for Saturday.

“Jack’s goal just before half-time to go 1-0 up was important. They press high and were very strong in defence for the first 45 minutes. 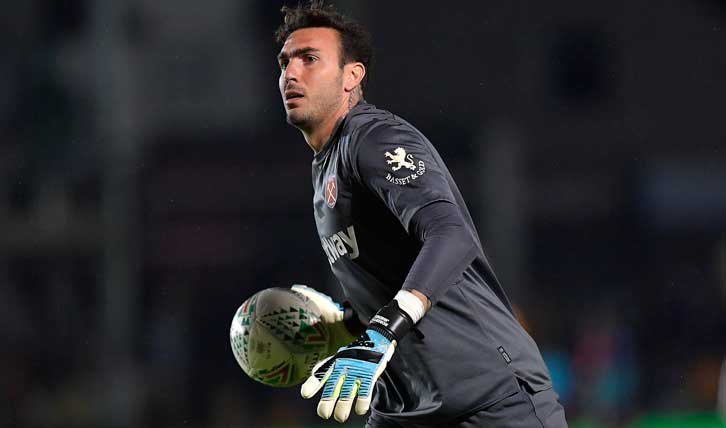 “We knew from the beginning that if we stopped them and kept our goal at zero in the first 45 minutes, then in the second half they would go a little bit more low because that’s normal. It was exactly like that.”

Just as crucial as Wilshere’s strike was Roberto’s save from Amond on 24 minutes, as he knows that had the Exiles taken the lead the game could have turned out very differently.

He added: “It’s always important to keep your team in a game, we know suffering a goal against this kind of team makes things difficult so I was happy with that save.

“We’ve won two in a row now and we work very strongly every day to keep on this way. We’ll try to keep that going.”