Michail Antonio was delighted to make a match-winning impact in Saturday’s 3-1 Premier League victory at Watford.

The No30 was in outstanding form at Vicarage Road, playing his part in two second-half goals for Sebastien Haller as West Ham United scored their first win of the season.

Antonio had his name sung by the Claret and Blue Army both before his introduction and as left the pitch after the final whistle, and is proud of his relationship with the supporters he has played for since joining the Hammers four summers ago.

It’s all I can do, really, to try and make things happen, to try and create chances and try and score myself

“When your opportunity comes, you’ve got to make sure you take it because we’ve got a big squad now and everyone has got to impress the gaffer,” he told West Ham TV.

“It’s all I can do, really, to try and make things happen, to try and create chances and try and score myself, but it’s just one of those things where my game is to get in behind people, take people on and hopefully we can carry on with that and keep progressing.

“I love the fans too. They’ve always been behind me and had my back, even in the three months [at the start] when I wasn’t playing and was the invisible man, they kept singing my name. I’m happy I played and I’m happy they want me to play.” 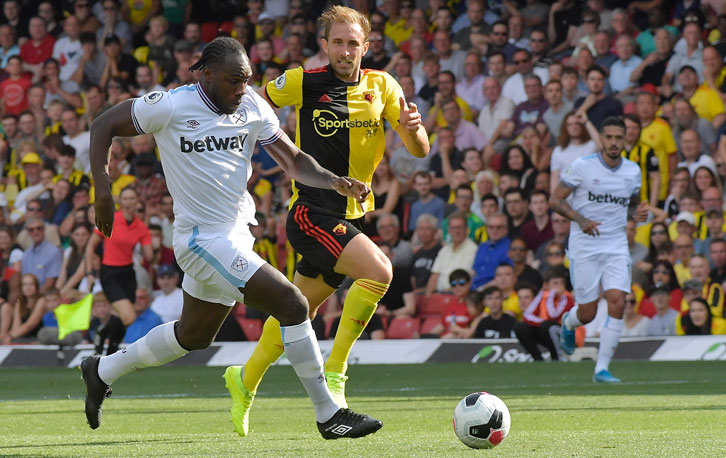 Reflecting on the game as a whole, Antonio admitted it could have gone either way, but felt the Irons possessed the additional quality needed to secure all three points.

Now, having bounced back from an opening-day defeat by Manchester City by drawing at Brighton & Hove Albion and winning at Watford, the 30-year-old wants Manuel Pellegrini’s squad to kick on.

“It was a very open game and both teams had great opportunities and great attacking forwards but we managed to pip it at the end,” he reflected. “Hopefully we can keep on and now we’ve got the first three points we can carry on with it.

“The last few years, we’ve started off badly and it’s always been a catch-up game. Now, we’re playing well, we’re picking up points and hopefully we can carry on doing that and be a more consistent team from the start of the season.”

One player who will play a big part in West Ham’s season is Haller, who benefitted from Antonio’s aerial ability, converting after Ben Foster had tipped his header onto the crossbar to grab his second and the Hammers’ third on Saturday.

“Seb is a big, strong lad with good hold-up play and he likes to run in behind,” the winger observed. “He’s a great signing and you can see why he cost the fee he cost.” 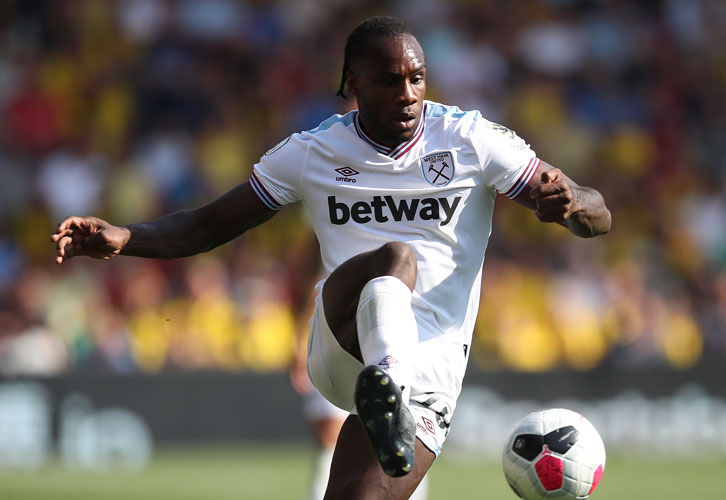 Next up for Antonio and company is a trip to EFL League Two club Newport County in the Carabao Cup second round, and the former non-league star is expecting the Welshmen to put up quite a showing at Rodney Parade.

“It definitely won’t be easy at Newport. In the last couple of years, they drew with Tottenham and beat Leicester so they’re a team that always goes for that cup dream, but hopefully they won’t against us,” he said.

And then, after three away games in a row, West Ham return to London Stadium on Saturday, when they host free-scoring Norwich City in the Premier League. Again, Antonio is anticipating an entertaining and testing 90 minutes.

“For Norwich to get promoted to the Premier League means they’re a good footballing team and we’ve already seen them that they’ve got their philosophy down to a tee from the Championship and now they’re doing the same in the Premier League,” he concluded.

“It’s not going to be an easy game, and there are no easy games in the Premier League, so we’ve got to go out and be ourselves and take that three points.”