Haller: Watford win is the first step for West Ham

Sebastien Haller may have scored his first two Premier League goals in Saturday’s 3-1 victory at Watford, but the striker is already demanding more of himself and the team.

The Club-record signing got off the mark for the Irons with two brilliant finishes over the weekend, netting a brace to fire Manuel Pellegrini’s team to their first win of the new campaign.

Haller was understandably delighted to get his first goals and secure the first points of the season, but is already looking forward to bigger and better things, targeting improvements for both his own personal game and West Ham as a whole. 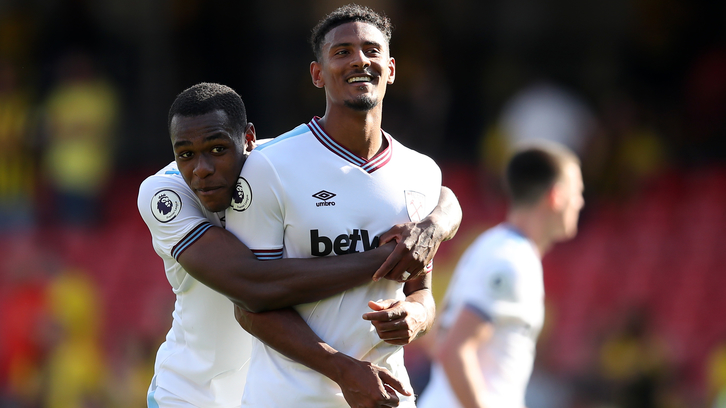 “Of course, I’m pleased; especially to score the two goals that got us the win,” Haller told whufc.com. “I think today was not my best game but, finally, I scored two goals. This is the game of a striker. Now I just need to be involved with the team even more. I want to improve, but today I will enjoy my goals.

"It’s nice for the team to create chances too, even if we are missing a few of them. We need to improve to score more of those chances. I think this was the first step for us and now we will work to score more. That’s the only thing we can do.

“I think 3-1 was quite good. It was important to start with a win. Now it’s done and we need to just look forward.” 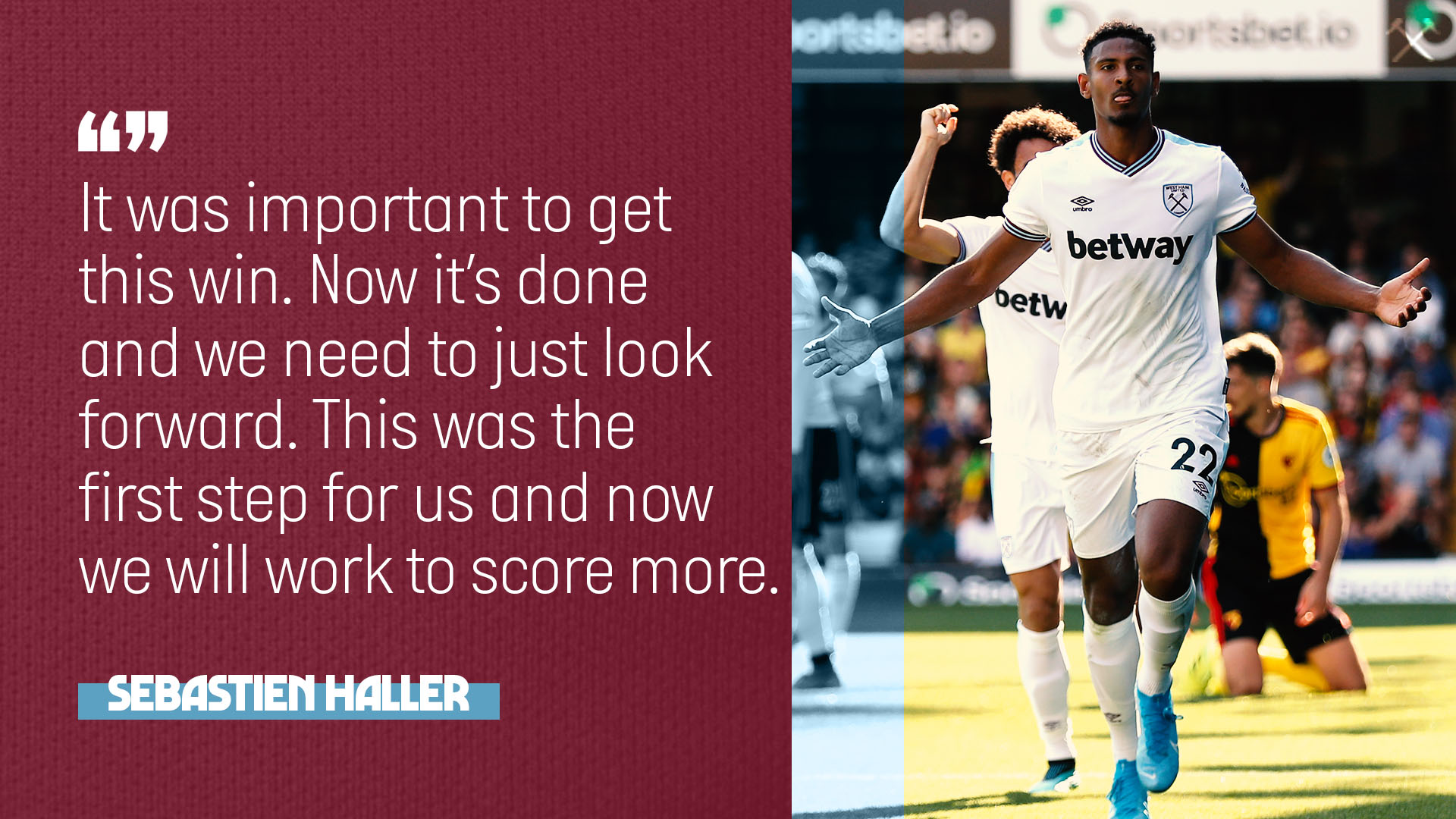 A pulsating fixture at Vicarage Road started perfectly for West Ham, as captain Mark Noble fired home from the penalty spot just three minutes into the contest, marking his 15th anniversary as a first team player in Claret and Blue with a trademark cool finish from 12 yards out.

Andre Gray levelled for Watford in the first half and, in fairness, both sides had opportunities to add more goals in a breathless and frantic opening 45 minutes.

It was down to Haller to fire West Ham to victory and the Frenchman admitted he and his Hammers colleagues endured a tough match against the Hornets, who threatened just as much as their opponents in front of goal.

The No22 is eager to learn from Saturday’s match and feels West Ham will only keep improving with time as the season progresses.

Haller continued: “It was not an easy game. Watford are a good team, offensively, and sometimes we had problems containing their pressure. It took something nice in the second half, when we were more patient, and it paid off.

“Every team is different, so we need to use our quality against every team. We need to prepare even better, maybe analyse them and respond further and be a better side than we showed in the first half. 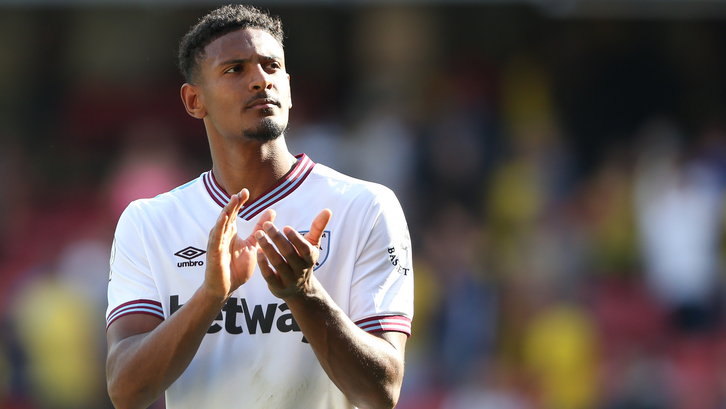 The fantastic travelling West Ham support was in traditional fine voice when visiting Watford, and each and every one of them was thrilled to see Haller get off the mark for the Irons.

The striker was equally delighted to show his goalscoring ability in front of the away Claret and Blue Army and is optimistic of netting even more goals for them throughout the campaign.

“It’s not the money we play for,” he added. “The only thing I can do is show the fans that I really want to be here and that I want to succeed for this Club. It was nice to see the supporters today and I’m really happy to give them this confidence back with the goals I scored.”