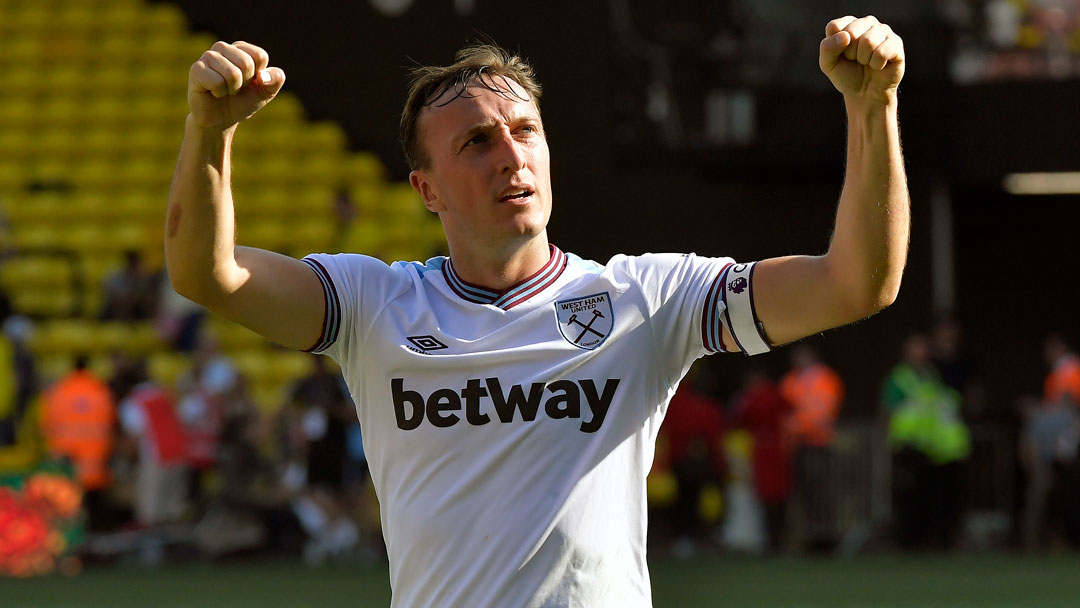 Mark Noble was full of pride after marking his 350th Premier League appearance with a goal in Saturday’s 3-1 win at Watford.

West Ham United’s captain returned to action after missing the opening two games of the season through injury and scored from the penalty spot within three minutes to put his team in front.

Andre Gray levelled for the Hornets but the Hammers secured their first victory of the season through two second-half goals from summer signing Sebastien Haller.

I have worked hard, kept myself in the best condition possible and I’m still going strong and hopefully I’ve got many more years to come!

“I was unfortunate to miss the first two [games] through injury, so it was nice to be back out there and be on the winning side,” said the skipper. “In the end, they had a few good chances and so did we, but at the end of the day we got two good finishes from big Seb and got the win.

“It’s important to get that first win, and especially an away win. We went four games without a point at the start of last season and we’ve got four points, which is better.

“We looked like we wanted to win this game. We went there and didn’t sit back and fortunately we got the two goals and got the win.

“It was tough. The weather was hot and it was a bit of a basketball game in the first half, I thought. We got an early goal, which was nice, then they scored a really good goal and it was pretty even to the end [of the first half].

“Then, there were just two moments from our boys which got us the win.” 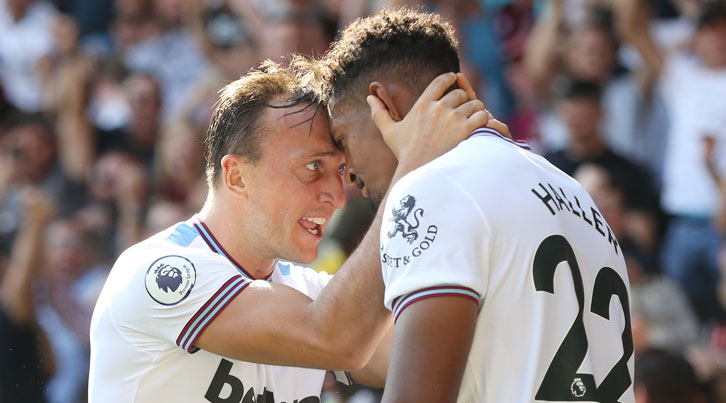 Noble was particularly pleased for new boy Haller, who also returned to the team after missing the 1-1 draw at Brighton & Hove Albion through injury to score two well-taken goals from close range.

The first came after a neat exchange of passes with Felipe Anderson, while the second was an acrobatic overhead kick after Ben Foster had made a superb save to deny the impressive substitute Michail Antonio.

“When you come to a club and you’ve been bought for that sort of money, you want to get off to a good start,” said the 32-year-old of the Club’s record signing.

“We played Manchester City at home, which was a tough game for us, then Brighton away which he missed, but he was back with two goals and let’s hope he can continue with that.

It was also a great start to Noble’s 16th season as a West Ham player, with his 43rd goal closing the gap on the Hammers’ record Premier League goalscorer Paolo Di Canio to just four.

“In all honesty, I didn’t think I’d be playing 15 years on when I made my debut, especially at this level,” he admitted.

“I have worked hard, kept myself in the best condition possible and I’m still going strong and hopefully I’ve got many more years to come!”