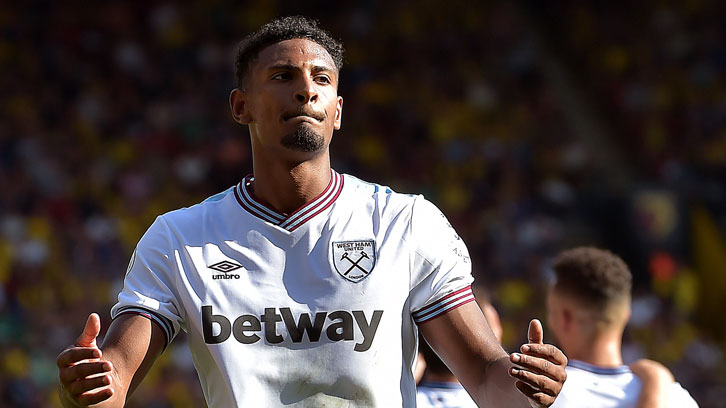 Twenty-six years on from Dale Gordon’s strike in a 1-1 draw with Coventry City at the Sky Blues’ long-since demolished Highfield Road ground, Haller found the net in the Hammers’ 3-1 win at another of English football’s traditional stadia – Watford’s Vicarage Road.

The Frenchman, signed for a Club-record fee from German side Eintracht Frankfurt in July, went on to score his second, and West Ham’s third, as Manuel Pellegrini’s team registered their first victory of the 2019/20 season.

Earlier, captain Mark Noble had also found the net, converting unerringly from the penalty spot to open his 16th season in Claret and Blue within three minutes to score his 43rd Premier League goal and close within four of Paolo Di Canio’s all-time record of 47.

But back to Haller, and even though it is very early days, all the evidence was there that West Ham have secured the services of a top-class centre forward.

Amazingly, speaking to BBC Match of the Day after the game, the 25-year-old himself claimed he did not play well and scored twice despite his unsatisfactory all-round performance. 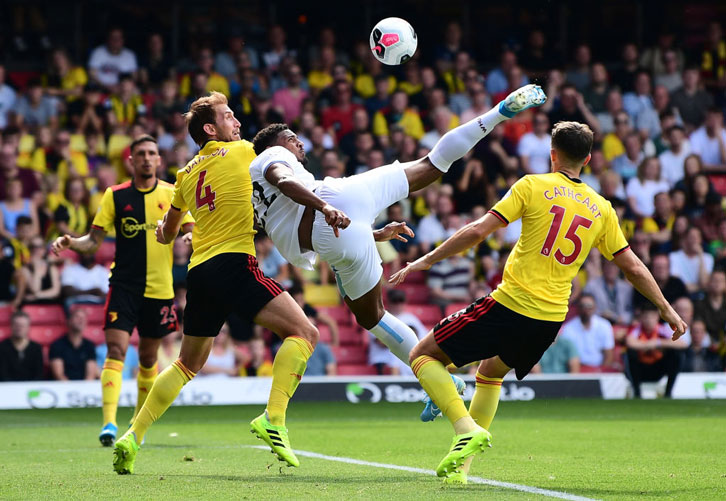 Not only did Haller grab two goals, but he also played a huge role in Noble’s opener, winning the first of seven aerial challenges – as many as Watford’s two centre-backs combined – and immediately racing onto Felipe Anderson’s through ball.

Unable to get a shot away himself, Haller checked calmly and picked out Manuel Lanzini with a beautiful square pass.

The Argentinian was fouled by Abdoulaye Doucoure and Noble did the rest from the spot, scoring his 25th Premier League penalty, ranking him fourth all-time behind Alan Shearer, Frank Lampard and Steven Gerrard.

From then on, the Frenchman continued to be involved heavily, touching the ball 45 times, winning six further aerial battles and unleashing four shots on the Watford goal. 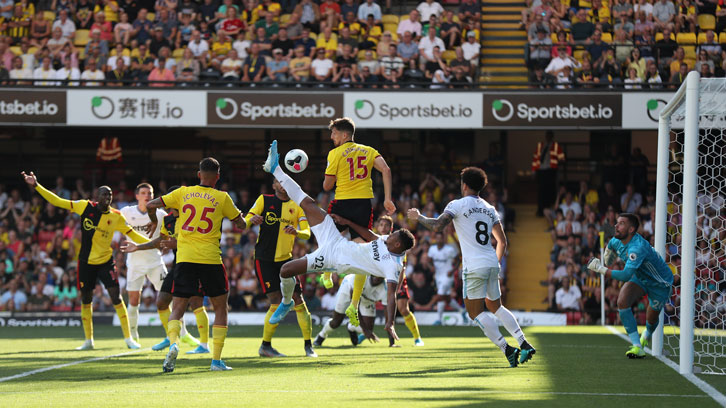 As an aside, no fewer than nine different West Ham players had a goal attempt on Saturday, producing 16 in total, including ten on target.

Of them, three came from Haller, who almost put the Irons in front midway through the first half with an audacious Zlatan-esque backheel volley that drew a good save from the over-worked Ben Foster.

After half-time, the former Auxerre and Utrecht man took even greater control, playing his part in the superb move which led to West Ham’s second, which was started by Arthur Masuaku and ended when Haller slotted Felipe Anderson’s measured cross in from close-range.

Then, with 17 minutes remaining, the Parisian provided the coup de grâce, completing the scoring with an acrobatic overhead kick after Foster had pushed Michail Antonio’s header onto the crossbar.

Haller himself said afterwards that the record fee West Ham paid for him ‘does not score goals’, but the man himself looks capable of doing so, regularly, in a Claret and Blue shirt.