Pellegrini: We improved from last week

Manuel Pellegrini was satisfied with his team’s work in claiming a hard-fought point at Brighton & Hove Albion on Saturday.

Chicharito’s 61st minute goal gave them the platform to claim their first positive result of the new season, and although Leandro Trossard soon levelled it up, Pellegrini felt the point was fair.

Brighton came into the Amex Stadium clash high on confidence following their opening day 3-0 win at Watford, and the manager said the Hammers’ performance was a step forward from their own season opener.

“I think it’s a good point,” Pellegrini said. “They are a difficult team, who played with a lot of trust after their win at Watford last week.

“On the performance, in the first half we started well for the first 20 minutes, but we didn’t create chances. After that we disappeared from the pitch and Brighton had all the possession. We defended well and they didn’t create too many chances.

“In the second half, it was a good game for both teams. Both had opportunities, we scored one goal each so I think the draw reflected what happened.” 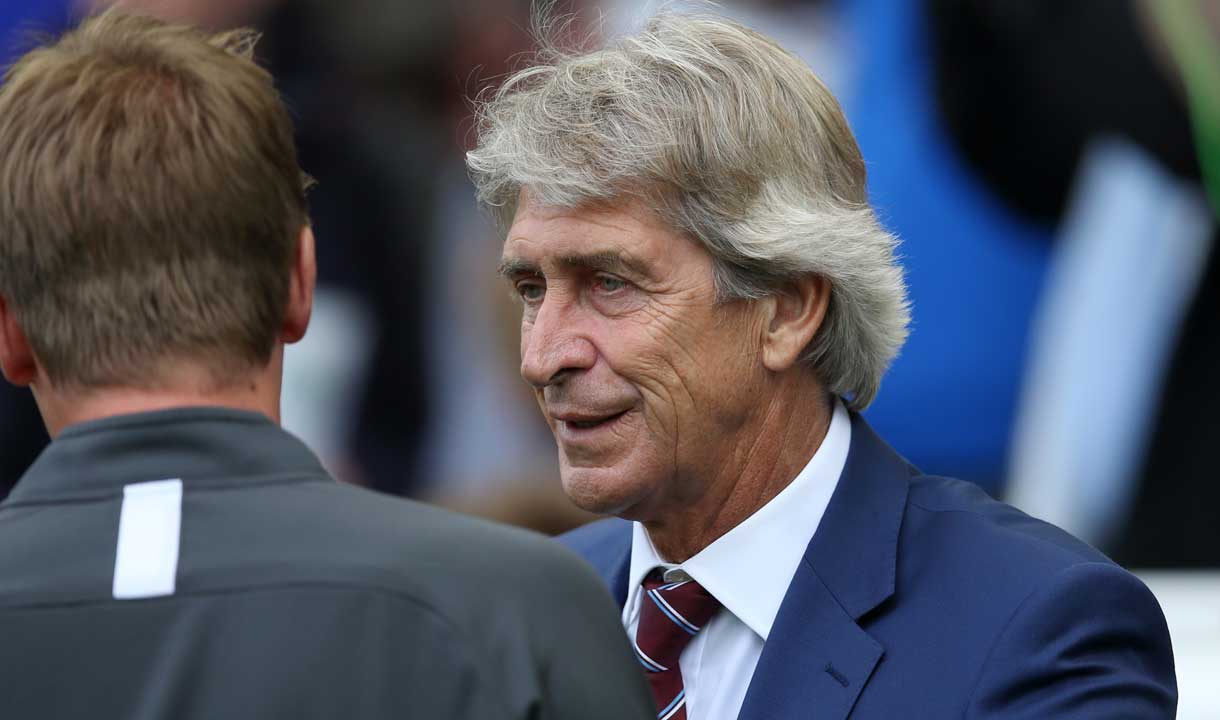 Pellegrini made a change at half time, introducing Michail Antonio to the fold, and he said that change in approach made a positive impact.

“It wasn’t only a physical presence, but we didn’t have good technical work [in attack] in the first 45 minutes either,” he continued. “In the second half, our play improved. Antonio gave us power up front, we played with two strikers and that was better.

“We improved in defending without any doubt, although Brighton did create a couple of dangerous chances in our box, but we need to have more possession and create more chances ourselves, making better balls in those areas.

“Of course we improved from last week and it’s [always important] not to lose when you play away.”

The boss made five changes from last week, and he was also happy to be able to call upon Andriy Yarmolenko and Carlos Sanchez from the break, following their long-term injuries last season.

He added: “We need to find the best way to play with new players, we have a lot of different options now and we must try to integrate them into our team – we’re talking about Yarmolenko, about Carlos Sanchez too, as well as Fornals, Ajeti and Haller.

“That’s why it was important not to lose today and I hope we will continue improving in the next games.”