To celebrate the start of the new Premier League season, our principal sponsors Betway have released ‘Over Land and Sea’, a documentary that explores what makes a true football fan and the lengths supporters go to follow West Ham United.

The documentary tells the story of Pan, a West Ham supporter from Shanghai, China, who became well-known a couple of seasons ago after Mark Noble posted a photo with him on Twitter.

Pan reveals how he became a West Ham fan and recalls the time he visited Rush Green when visiting London on his honeymoon, while Noble himself discusses what it feels like to have a huge impact on someone who lives on the other side of the world.

Pan and Noble are reunited in the documentary, which also features contributions from Declan Rice and Pablo Zabaleta, plus two English fans who travelled to China to watch the Hammers play in the recent Premier League Asia Trophy. 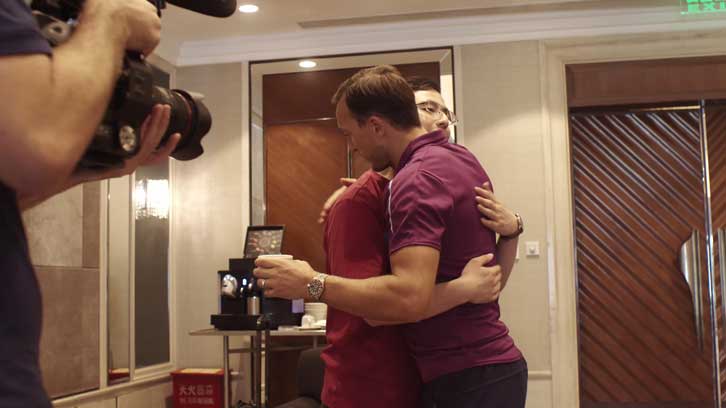 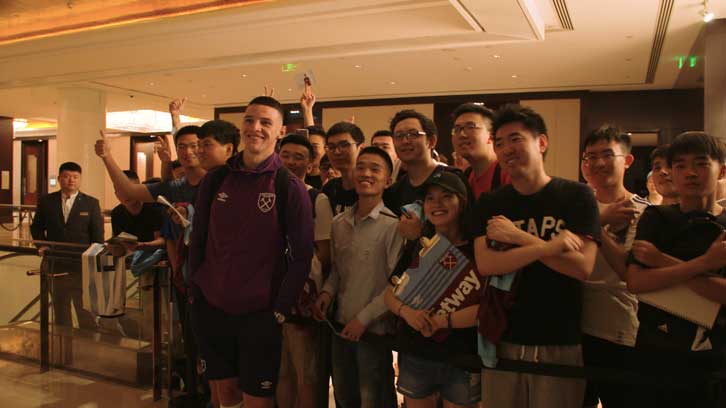 Score a penalty at London Stadium to win £5,000 with Hammer Shot!

Watch Betway’s documentary on ‘What Makes a Good Pundit?’