Manning: Our application in Porto win was brilliant 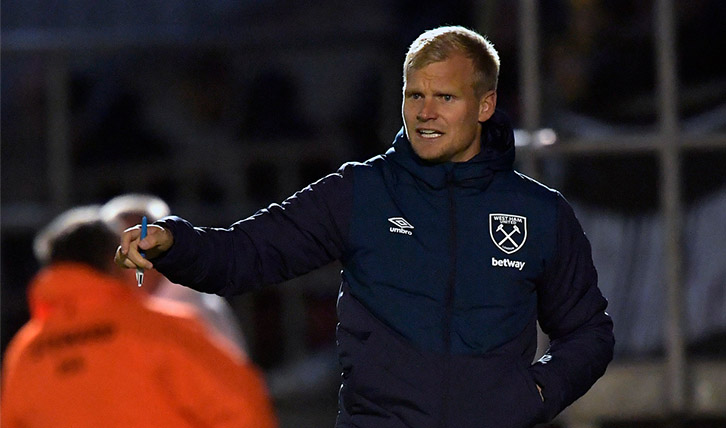 The Portuguese outfit travelled to east London having won the competition for the last two years running, but were left stunned as the Hammers picked up maximum points thanks to goals from Manny Longelo and Jahmal Hector-Ingram.

The visitors had scored a second half equaliser, but Manning’s team kept pushing for their winner which striker Hector-Ingram eventually grabbed – his first of 2018/19.

With three points on the board already after matchday one, the boss was delighted and claimed the team’s performance deserved plenty of plaudits.

“Their commitment was great tonight. We spoke after our defeat to Leicester about what maximum commitment looks like and they put that into practice tonight. We gave them a gameplan and you can see at the end, the lads were flat out. The way they applied themselves was brilliant.

We gave our lads a gameplan. The way they applied themselves was brilliant. 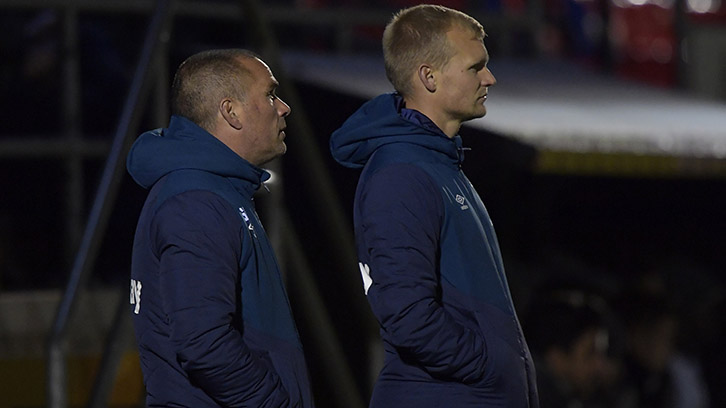 “The young lads did really well. Dan Chesters did well and Manny Longelo obviously got his goal. Keenan Appiah-Forson came on and had a positive impact and then I thought the two centre-backs as well were outstanding. Alfie Lewis did well too; they really led by example and overall we’re delighted.”

Porto recorded a 1-1 draw with Southampton in their opening Group A match and therefore would have been keen to kick-start their campaign at Dagenham and Redbridge, but motivation in the Hammers camp was high as the International Cup champions visited.

And Manning explained how preparation for the game had an impact on his players during the clash.

“We prepared well on the opposition front in terms of how they play and they’re quite a lot older than us as well,” he continued. “Credit goes to Steve [Potts] and Yacine [Allag, U23 Performance Analyst].

“They’re a B team who play in a senior league, so a few of them are 22 or 23-years-old. We gave up a lot of years and what comes with that, such as physicality. But there are differences such as what is a foul there and what is here, and ultimately we adjusted to playing against them well.

“We highlighted the fact that they’ve won this competition two years running and we knew they take it seriously, so to come in and produce that performance with that application was really pleasing.”