Grady Diangana is hoping to cap a memorable few weeks by being involved in a first London Stadium derby this weekend.

The 20-year-old scored twice on his senior debut against Macclesfield Town in the Carabao Cup before stepping off the bench to make his Premier League bow in the 3-1 victory over Manchester United later that week.

Diangana has certainly grasped the first team opportunity given to him and he is determined to keep on grafting in order to keep himself around Manuel Pellegrini's squad.

With a level-headed mentality, Diangana won't be getting carried away by his superb start at senior level and is looking forward to experiencing the intensity of a derby duel with Tottenham Hotspur at close hand.

He explained: "I can’t believe it still, but I’m taking it one step at a time. I’m working hard and I’m going to keep working hard.

"We've been training hard over the international break, I’ve been coming in after training and my head’s hurting because I’ve been working hard so much. But the group is really training well and the intensity is up so that’s good.

"I’m really looking forward to Saturday's game. We'll be against some of the top players in the world but I’m more focused on our team and what we can do. Hopefully we can get the win." 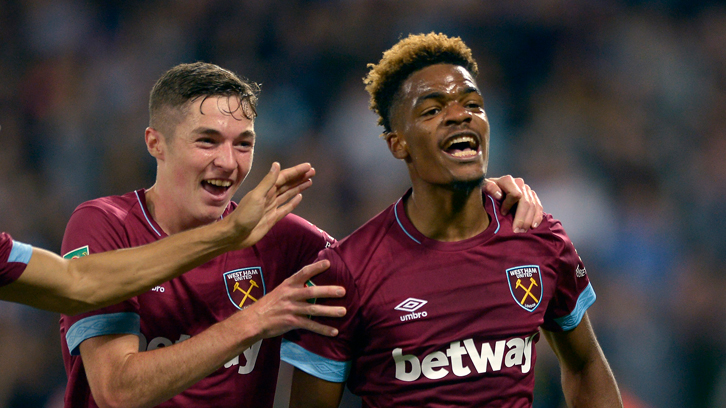 Yarmolenko: Watford is a chance to show each other we are a team
Last Match
Sunday 27 September 19:00
London Stadium