Moyes: It was the worst performance in my time at West Ham 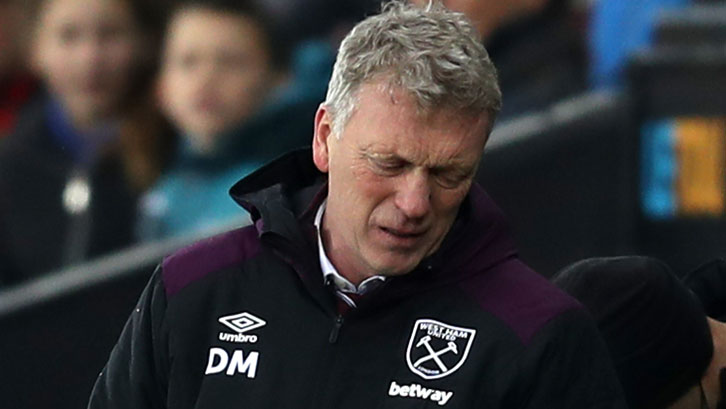 David Moyes apologised to the Claret and Blue Army after West Ham United produced their ‘worst performance’ of his reign in losing 4-1 at Swansea City.

The Hammers travelled to South Wales hoping to score a victory that would stretch the distance between themselves and the Swans to six points, but instead left the Liberty Stadium below their opponents in the Premier League table.

West Ham conceded two ‘avoidable’ goals in each half – one from outside the box, two from corners and the fourth from a penalty – before substitute Michail Antonio grabbed a late consolation.

“It's a big sorry to the supporters who traveled through the snow to get here,” admitted the manager. "We let them down badly. We're massively disappointed with how we played and it was certainly the worst performance since I’ve been at West Ham and we just never looked at any time as if we were in control.

“For the first goal, we were passing it across the back, then passed it back to the goalie, it bobbled and went out for a throw-in, and from the throw-in we concede the first goal from something I think we should save.

“We then conceded two goals from corner kicks and one from a penalty kick, so from my point of view, they were all avoidable. I didn’t think it was Swansea who opened us up or carved us open, but it was just generally a poor performance and poor all-round.

“We had a couple of half-chances in the second half and started the second half with more intensity, but the first time Swansea went up into our half, they got a corner and scored from it."

It's a big sorry to the supporters who traveled through the snow to get here. We let them down badly

Moyes refused to blame the wintry weather conditions which affected his squad’s preparations for the game, forcing them to embark on a seven-hour road journey to Swansea on Friday after their afternoon flight was cancelled.

“It did not affect us at all, not whatsoever. The game should 100 per cent have been on today. The pitch was fine. The weather was fine and at no point did I say the game should be off. All I said on Friday was that the Met Office were telling people not to travel.”

To add injury to the insult of a heavy defeat, Winston Reid was stretchered off after being knocked out during a goalmouth scramble and then hurting his knee as he fell awkwardly in the first half.

“Winston has been knocked unconscious and concussed and it’s his secondary injury we’re more worried about. When he’s fallen, he’s hurt his knee in some way, and that’s our bigger concern.

“He’s in the dressing room and is talking, so he’s got no problem that way, but we need to get his knee checked to see exactly what the problem is.” 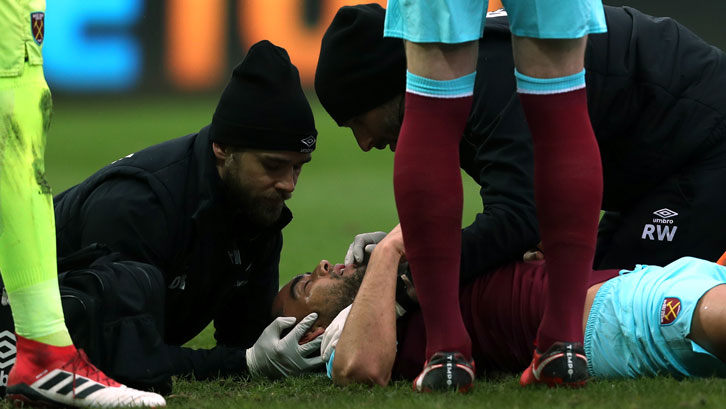 Moyes was grateful for the support of the loyal West Ham fans who travelled to South Wales for Saturday’s game, and hopes to reward them with a better performance and better result when Burnley visit London Stadium next Saturday.

“We beat Watford at home, then went away to Liverpool and Swansea, but we’ve got enough home games left to show what we’re capable of.

“I’m more disappointed for a lot of the supporters who travelled from London, who witnessed a really, really poor performance.

“We can say there were mitigating circumstances, with four or five players who would all start being unavailable, because we don’t have enough to carry us when we have so many players out, but I can only say to the supporters that I’ll do everything I can to make sure we are ready for the next game and hopefully they’re behind us when we get to London Stadium next week.”