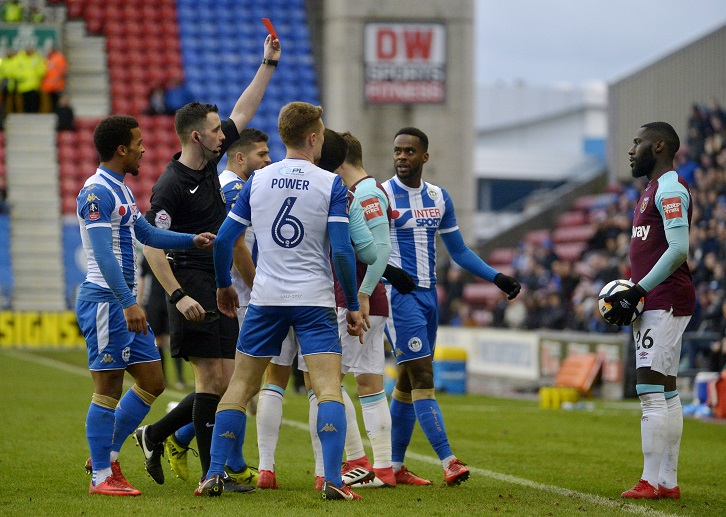 The Football Association have confirmed that Arthur Masuaku has been issued with a six-match suspension after being sent-off for spitting at Nick Powell in Saturday’s Emirates FA Cup fourth-round defeat at Wigan Athletic.

The No26 will miss half-a-dozen Premier League matches – the home games with Crystal Palace, Watford and Burnley and the away fixtures at Brighton & Hove Albion, Liverpool and Swansea City.

Masuaku issued an apology for his actions on Sunday.