West Ham United are delighted to confirm the signing of Portugal international Joao Mario on loan until the end of the season.

The 25-year-old attacking midfielder, who arrives in east London from Italian Serie A club Inter Milan, is a talented and skilful player capable of creating and scoring goals.

Having received international clearance on Friday, he trained with his new teammates and has been named in David Moyes’ squad for Saturday’s Emirates FA Cup fourth-round tie at Wigan Athletic.

Capped 31 times, Joao Mario appeared in all seven matches as Portugal won UEFA Euro 2016, and the Porto-born star cannot wait to show his worth in a Claret and Blue shirt. 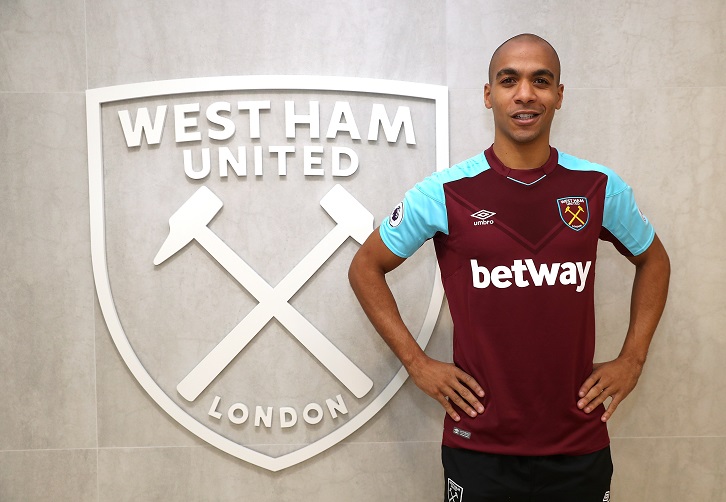 “I am really happy to be here,” said the new No18. “It’s a really amazing experience to join this amazing team and I am just glad to be here.

“It was a fast move. I have spoken with everyone around the team and, for me, it is exciting to play in the Premier League. I spoke with the coach and for me, I am really happy to be training for an amazing coach, also.”

The Hammers’ first January signing revealed that Portugal teammate Jose Fonte had phoned and texted him on more than one occasion, encouraging him to swap Milan for London.

“Jose explained to me a little more about the Club and also the song we have, I’m Forever Blowing Bubbles and that, of course, it was really important for me to join West Ham!

“It’s a really historic Club with an amazing stadium and amazing players. I am just trying to know a little bit more about the Club every day and now I have some time to know more.” 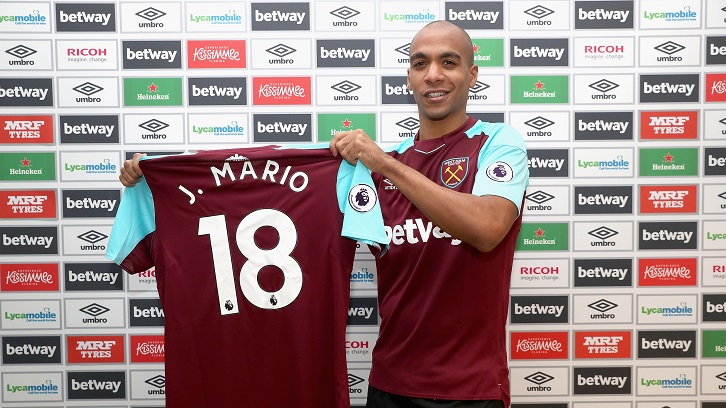 Born in Porto, Joao Mario was just eleven when he moved to Lisbon to join Sporting Lisbon, making his first-team debut in a UEFA Europa League tie against Lazio at 18 in December 2011.

After a season on loan at Vitoria Setubal and another in Sporting’s B team, the midfielder established himself in the first team for the 2014/15 campaign, scoring seven goals and assisting five more in 44 appearances and playing against the likes of Chelsea and Schalke 04 in the UEFA Champions League.

A senior international debut arrived in France in October 2014, followed by a competitive debut in a Euro 2016 qualifier in Denmark later the same month.

Joao Mario’s 2015/16 season was even more impressive, as he chalked up eleven assists and six goals as Sporting went within two points of winning their first Portuguese championship since 2002.

November 2015 also saw him become a regular for Portugal, featuring in all seven Euro 2016 warm-up matches. He then started six of his country’s seven games at the tournament, playing all 120 minutes of the historic victory over France in the final.

Those performances saw Inter Milan pay a reported £38.4m to take him to Milan, making him the most expensive Portuguese player ever sold by a Portuguese club.

After featuring 33 times last season, Joao Mario has featured 14 times in Serie A this season, recording five assists, and will now bring his creative flair to the Premier League.