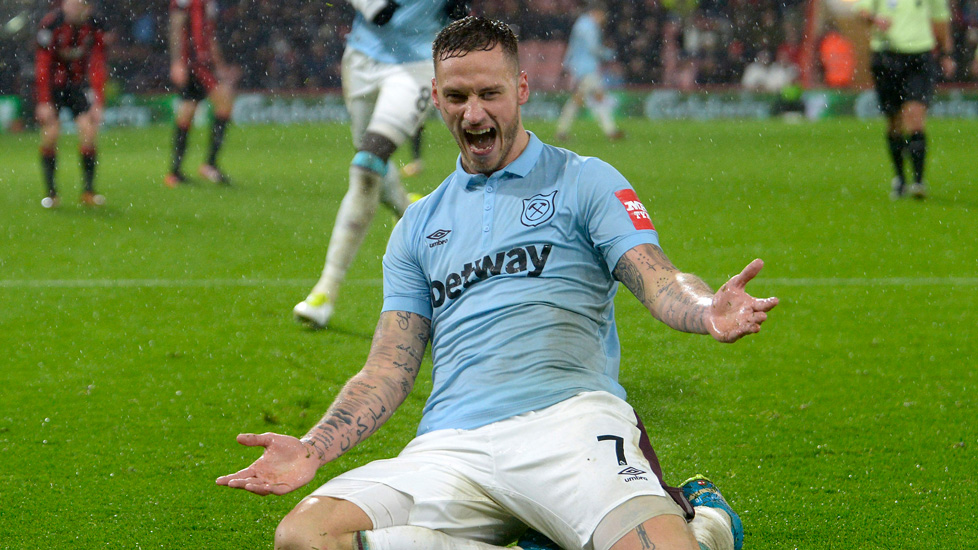 Even the award of a controversial penalty could not stop West Brom’s winless run in the Premier League stretching to 19 matches against Arsenal on New Year’s Eve.

Ominously for the Baggies, no team has ever avoided relegation having waited so long for a victory.

And, with five extra rest days since their last game thanks to their fixture away to Spurs being rearranged, West Ham have good reason to feel confident of extending their visitors’ barren run to 20 games.

But, after recent thrillers against both Newcastle and Bournemouth, Hammers fans should expect to witness a slightly calmer affair on Tuesday night.

Many thought that, by replacing Tony Pulis with Alan Pardew – a manager who, by his own admission, loves to attack – West Brom would lose their last vestige of defensive solidity.

But, to give their new manager credit, he took just six games to match the three clean sheets that Pulis achieved in 12.

That increased resilience has mean that six of their first seven matches under Pardew have produced three goals or less, as has also been the case in six of West Ham’s nine home games this season.

The problem for West Brom has been at the other end, where they have they have amassed the second-fewest number of goals in the Premier League and failed to score in five of their last eight away games.

A bet on West Ham to keep a third clean sheet in four home games, then, looks good value.

Predictably, we’re sticking with Marko Arnautovic when it comes to predicting who might find the net for the home side.

The Austrian has been a revelation of late with five goals in his last five league games that have already helped to earn points against fellow strugglers in Stoke, Newcastle and Bournemouth.

Another in the Hammers’ first game of 2018 could prove vital in ensuring they are not leapfrogged by the Boing Boing Baggies between now and the end of the season.