Hammers slip to defeat at Burnley in final game of 2018 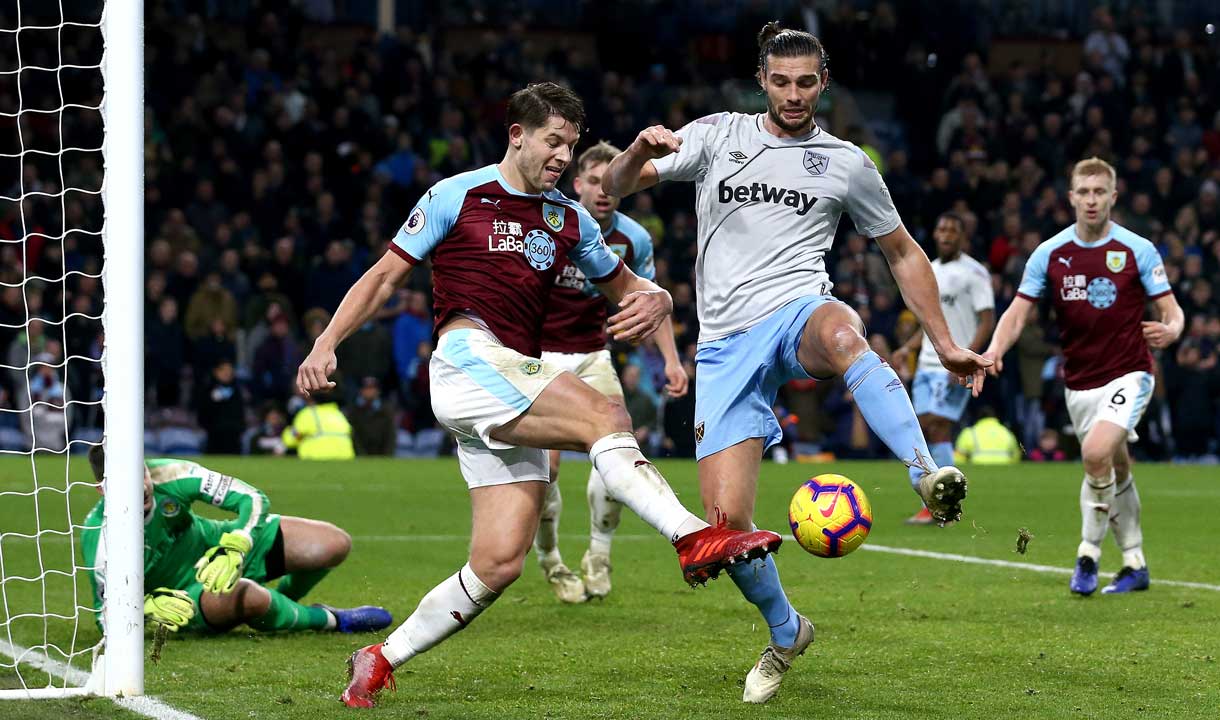 West Ham United brought 2018 to a close with a 2-0 defeat at Burnley on Sunday.

The Hammers’ quest for a fourth straight away win never really got going in the Turf Moor gloom and first half goals from Chris Wood and Dwight McNeil were enough to send them back to London without reward.

Angelo Ogbonna and Andy Carroll went closest for the visitors with headers either side of the interval, but Burnley created clear openings throughout and should really have extended their advantage through Ashley Barnes and Wood.

Manuel Pellegrini was able to welcome Marko Arnautovic back into his starting eleven following injury, but it was the hosts who had the first chance to strike when Barnes hit a volley on the swivel just wide from close range.

Ogbonna then headed a Robert Snodgrass corner into Tom Heaton’s arms, but Burnley were rewarded for their bright start with a 15th minute lead.

Wood’s run wasn’t tracked closely enough and he was left in space to collect Barnes’ knock down from a raking Ashley Westwood diagonal pass and smash past Lukasz Fabianski.

Burnley’s energetic press was restricting the space West Ham could work in and it got worse for the visitors eleven minutes before the break.

It was a goal of the Hammers’ own making as they failed to clear their lines, allowing Westwood to cross to the far post, where McNeil steamed in to crash home.

McNeil even had a good chance to make it 3-0 before the break, but slammed wide of the mark after Barnes sprung the offside trap and burst clear in the right channel before cutting back.

The manager had to make changes at the break, and he introduced Carroll and Grady Diangana from the bench, but it was Burnley who continued on the front foot at the start of the second period and Fabianski had to make a superb stop to deny Barnes from point blank range on 50 minutes.

Five minutes later the home side wasted another glorious opportunity to kill the contest off when Wood was played through. He poked past Fabianski, but beyond the post too.

Despite their misses, Burnley were comfortable in their lead as the Hammers struggled to make an impact going forward.

Xande Silva was introduced from the bench for his first team debut 17 minutes from the end, and the Hammers were denied a consolation in the final minute when Heaton touched Carroll’s header onto the crossbar.