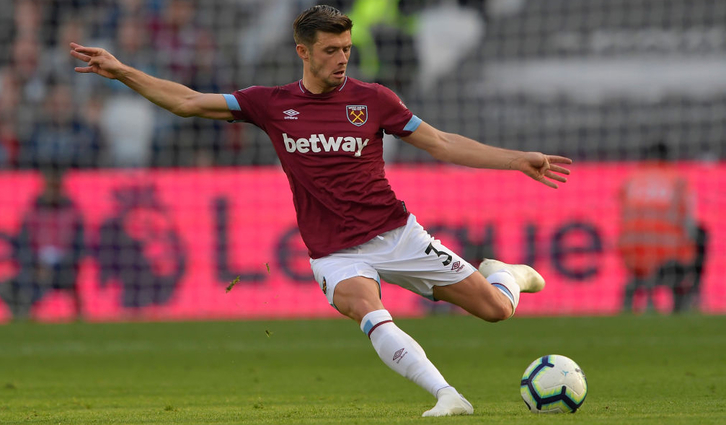 Aaron Cresswell faces a late fitness test for tomorrow’s home match at Cardiff City after coming off during Saturday’s win over Newcastle United, according to manager Manuel Pellegrini.

The left-back was withdrawn during the second half of this past weekend’s 3-0 away victory against the Magpies due to a knock, and was replaced with Arthur Masuaku.

Pellegrini has confirmed that Cresswell sustained a hamstring injury during the win and a decision will be made on the 28-year-old’s availability on Tuesday, ahead of the game.

The boss also indicated that Fabian Balbuena was being assessed after taking a slight knock.

“We have the same players that weren’t on our list in the last game because all of them have long injuries,” Pellegrini said.

Cresswell has a hamstring injury, which is why he couldn’t continue the game. We will see him tomorrow and make the last decision, but it could be difficult.

“From the last team, we have Cresswell, who has a hamstring injury, which is why he couldn’t continue the game. We will see him tomorrow and make the last decision, but it could be difficult.

“We must see about Balbuena. He had a hard kick on Saturday. Those are the two players that have some problems.”

Pellegrini offered praise for Felipe Anderson, who netted his fourth goal in four Premier League games against Newcastle, taking his tally to five for the season.

The Chilean can see that West Ham United’s record signing is constantly improving and has backed Anderson to get even better. 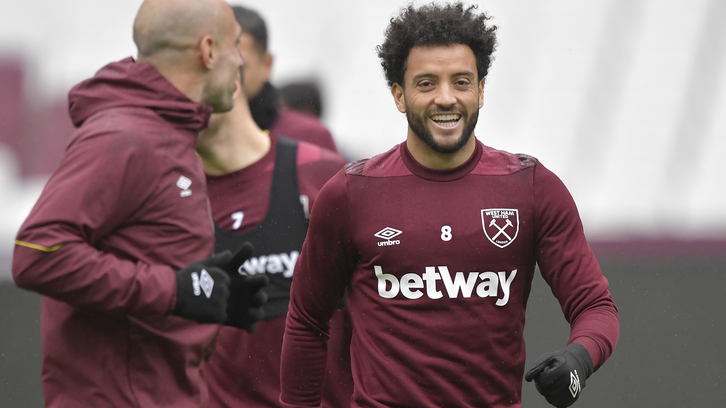 He added: “I think Felipe is improving in his performance. He is knowing better, in the Premier League, what he can do and what he must not do.

“He played a very good game and I think we are just, in the first part of the season, to decide which is the best player. He is improving in every game and that is important for us.”

Robert Snodgrass’ form for the Irons was also hailed by the manager, with Pellegrini pointing out the Scottish international’s desire to perform for West Ham.

“I spoke with him at the beginning of the season,” Pellegrini added. “I always found him a good player, but it just depended on what he wanted and if he had a spot here in our squad for the season.

“There were very few words that I spoke with him at the beginning of the season. I gave him some demands about his weight and his work, and I think he is a very professional player who is doing it very well, because he has the desire to be here.”