Noble: We need to produce more of the same against Stoke 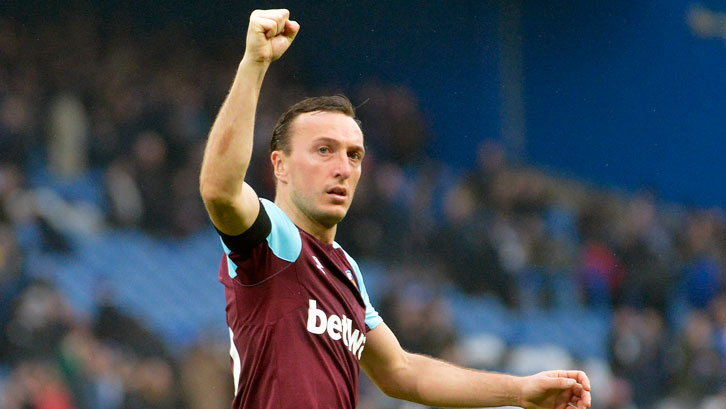 The Hammers prepare to face the Potters on the back of two positive results – a 3-0 home win over Southampton and 1-1 draw at Chelsea – and arguably one more win away from securing Premier League safety.

However, captain Noble knows anything less than their best and the hosts could be caught out by Paul Lambert’s relegation-threatened visitors, who will be desperate to secure a victory that will improve their own survival hopes.

“We go into Monday’s game with confidence high, but with the knowledge that we cannot afford to let our levels of concentration or performance drop against a Stoke team who are fighting for their lives,” the skipper wrote in Monday’s Official Programme.

“A win tonight will take us onto 37 points and, although we will not be mathematically safe, we would go into our final five matches believing we can get to the magical 40-mark and secure our place in the Premier League for next season. When we do that, we can regroup and reassess things over the summer and go again next year. 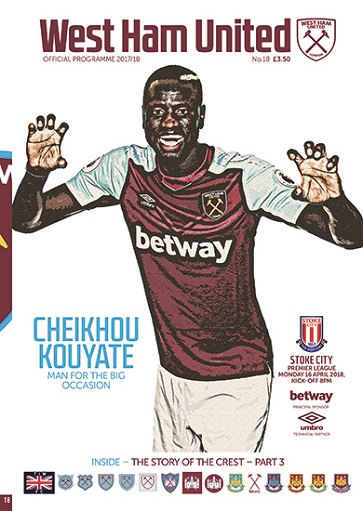 “But we can take nothing for granted, because Stoke pushed Tottenham Hotspur all the way last weekend and were unlucky to lose 3-0 to Arsenal in the game before that.

“What we need is more of the same from the last two games. We need to play with the same intensity tonight that we have been playing with in the last two matches.”

Against both the Saints and the Blues, the Claret and Blue Army played a big part in helping their team to achieve positive results.

Last time out at London Stadium, the vociferous support of the home fans inspired West Ham into a two-goal lead inside 17 minutes, and Noble is calling for a similarly uplifting atmosphere to be created this evening.

“Our win at Stoke before Christmas was also a pressure game and we played well. We need to play well under pressure again tonight, but we know Stoke are fighting for their lives and we need to match their desire and work-rate, play the better football and use our home advantage to come out on top.”