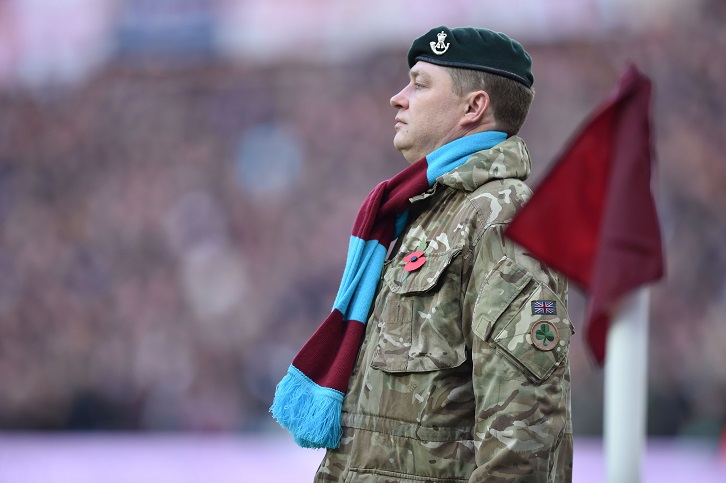 So, if your family member or friend is a current or former serving member of the Armed Forces, the Club would like to hear from you.

Please send a short message to your loved one, along with a photograph, to [email protected]

The Club has a long-held and close relationship with the Armed Forces dating back more than a century, when the 13th Battalion of the Essex Regiment, better known as the West Ham Pals fought during the First World War.

More recently, the Hammers have regularly welcomed members of 7th Battalion The Rifles, based in West Ham, and the Royal British Legion to home matches in recent seasons.

Both will be represented when West Ham United mark Remembrance Day 2017 at the Premier League fixture with Liverpool at London Stadium on Saturday 4 November.