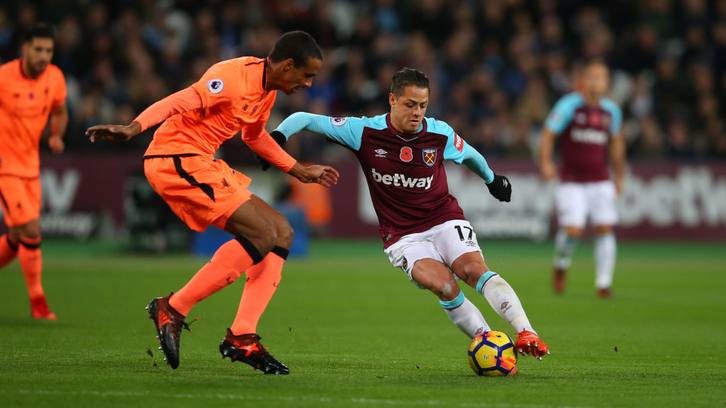 Quick fire finishes by Salah and Matip in the first period put the Reds 2-0 ahead at half-time, but Manuel Lanzini superbly scored to give the Hammers a way back into the game on 55 minutes.

However a quick response by Oxlade-Chamberlain put Liverpool two goals ahead again soon after, while Salah secured the defeat for the Hammers.

West Ham began the game with a high tempo and could have taken the lead early on when Andre Ayew gambled and chased down a long ball, finding himself with just Simon Mignolet to beat.

The striker, who has three goals in his last two games, lifted the ball over the goalkeeper but could only find the near post.

It was from a West Ham corner that Liverpool scored their first goal. A quick counter saw Sadio Mane and Salah link up to create a three-on-one situation. Mane played in Salah and the Egyptian tucked past Hart.

Just a couple of minutes later the Red had their second. A corner deflected unkindly off of Mark Noble, which Hart got down well to stop from finding the net. The England international however could not do much about the follow-up, which Matip gratefully slotted in.

The Hammers were back in the game just ten minutes into the second half. Andre Ayew played a delicious cross, which eluded Joe Gomez. Lanzini was on hand to control the pass and delightfully dink over Mignolet to half the deficit.

Unfortunately for the Hammers Liverpool restored their two-goal lead almost instantly. Oxlade-Chamberlain was given two bites of the cherry after his first was saved by Hart, with the winger making no mistakes with his second effort.

The addition of Andy Carroll and Marko Arnautovic to the fray looked a strong choice of substitutions from Bilic, with Carroll and Chicharito linking well to provide another chance for Lanzini before the Mexican headed over after a cross by the No.7.

But Salah made it four for Liverpool after Mane played the Liverpool attacker in. The Egyptian made no mistake with a half-volley into the far corner.