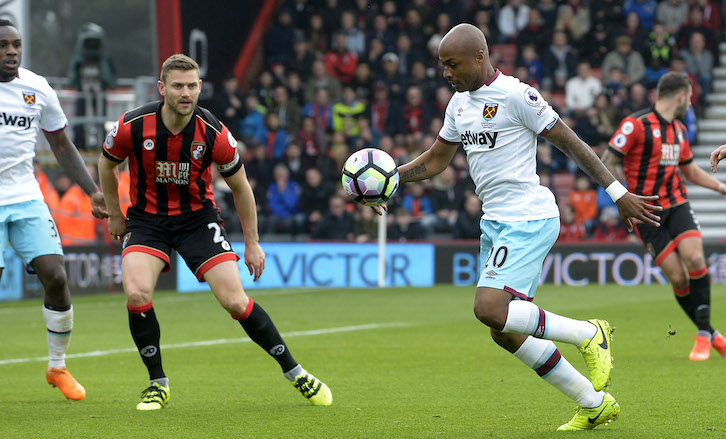 King had a memorable afternoon as he bagged all three for the hosts, while West Ham’s goals came from Michail Antonio – his first of 2017 - and Andre Ayew.

Despite the disappointing result, there was one positive to come from Saturday’s south coast outing as Andre Ayew came off the bench to score again - his second goal in successive away Premier League matches.

Playing for only the last 32 minutes of the game, Ayew attempted two shots on goal with only Michail Antonio (six) and Sofiane Feghouli (three), who both started, having more.

The Hammers enjoyed slightly a higher pass-success rate than the hosts (76 per cent) and the impact of Andre Ayew was fundamental in that. Individually, his 92 per cent completion rate was the best by any West Ham United player on the day.

After joining the Hammers from Swansea City for a club record fee in August, Ayew was ruled out for three months after picking up an unfortunate groin injury during the opening Premier League game of the season. 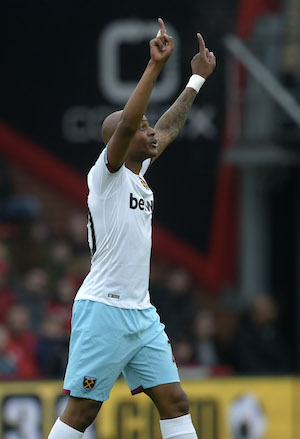 However, since scoring his first league goal, against Swansea, on 26 December and returning from a successful Africa Cup of Nations campaign with Ghana, Ayew has begun to show his true colours.

Despite not starting in either game, Andre has now scored in consecutive away matches after he netted in the 1-1 draw with Watford, as well as on Saturday against Bournemouth. Not only through his goals has he made an impact but his high work rate and clever movement have made him a threatening game changer for Bilic whenever he comes off the bench.

Saturday’s goal was his third in the claret and blue of West Ham United. Such is his impressive form of late, though, that all of those three have come in just six matches since December 26.

Ayew is now up to five goals in all competitions in that period after he also netted twice for Ghana, against Uganda and DR Congo, during the 2017 Africa Cup of Nations tournament.

Of course, Andre will be hoping to force his way in to Slaven Bilic’s starting XI plans and there is no doubt that if he can continue his goal scoring form of 2017, his call up may not be too far away.