Westley – My phone will be ringing 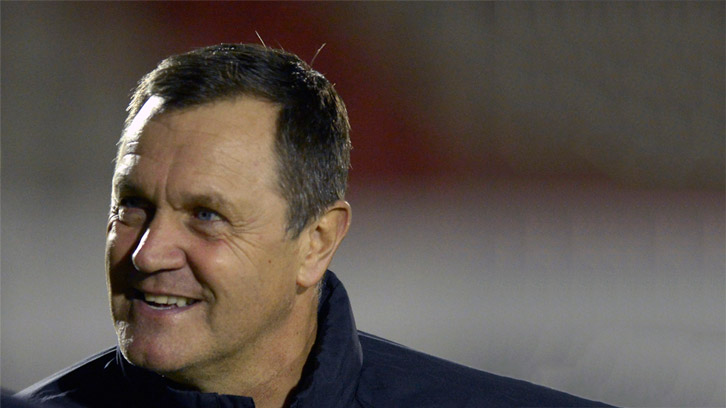 West Ham United Academy manager Terry Westley admitted he could have a busy month ahead with other sides looking to take players on loan from the Club’s Academy of Football this January.

The U23s were in action on Monday night, beating Norwich City for the second time this campaign, winning 2-1 thanks to goals from Ashley Fletcher and Marcus Browne.

And after recording the victory, the boss stated it was a great chance for his young Hammers to shine in front of the watching eyes of plenty of scouts in the stands.

He said: “There was a big attendance by scouts tonight. The loan window closes at the end of January for the rest of the season and I think we had 50 clubs here.

“But we also had our own staff, the management were here tonight and I said before, it’s a chance for them to twist the manager’s arm.

“We played well tonight. Hopefully it gives the players an opportunity and that is what you crave. They haven’t done themselves any harm tonight.

“I’m sure my phone will be hot with requests with people wanting to take our players out on loan. Josh Cullen is a great example of what can happen. He’s been man of the match eight times for Bradford and he’s leading a surge to try and get them promoted.”

I’m sure my phone will be hot with requests to taking our players out on loan. There was a big attendance by scouts and the loan window closes at the end of January.

Westley named a strong starting XI with both Reece Oxford and Sam Byram pulling on a claret and blue shirt for the first time since their respective injury lay-offs.

Having gone two goals up at Dagenham and Redbridge’s Victoria Road, Westley said his outfit could have put the game to bed before the Canaries got themselves back into the clash with Joe Crowe’s goal.

“In the end, it was a bit sticky and a bit tight when maybe it shouldn’t have been,” he continued. “Our dominance was clear. We had 70 per cent of the ball or something, but the scoreline suggests it was tight.

“If we had taken our chances, we would have finished as really good winners. We stayed with it but we could have made the job a hell of a lot easier for ourselves, especially at 2-0 with some game management and taking some of the chances we created.

“It was great to see Byram and Oxford back, Fletcher having a run out, Marcus Browne caught the eye with those fast counter attacks. We showed that tonight with our second goal.

“Toni Martinez didn’t score tonight but he was a real handful for their team. Domingos Quina in the middle of the pitch was also excellent.

“We’re still young and had five youth team players in our starting XI. I’m proud of the way we played and fought.”