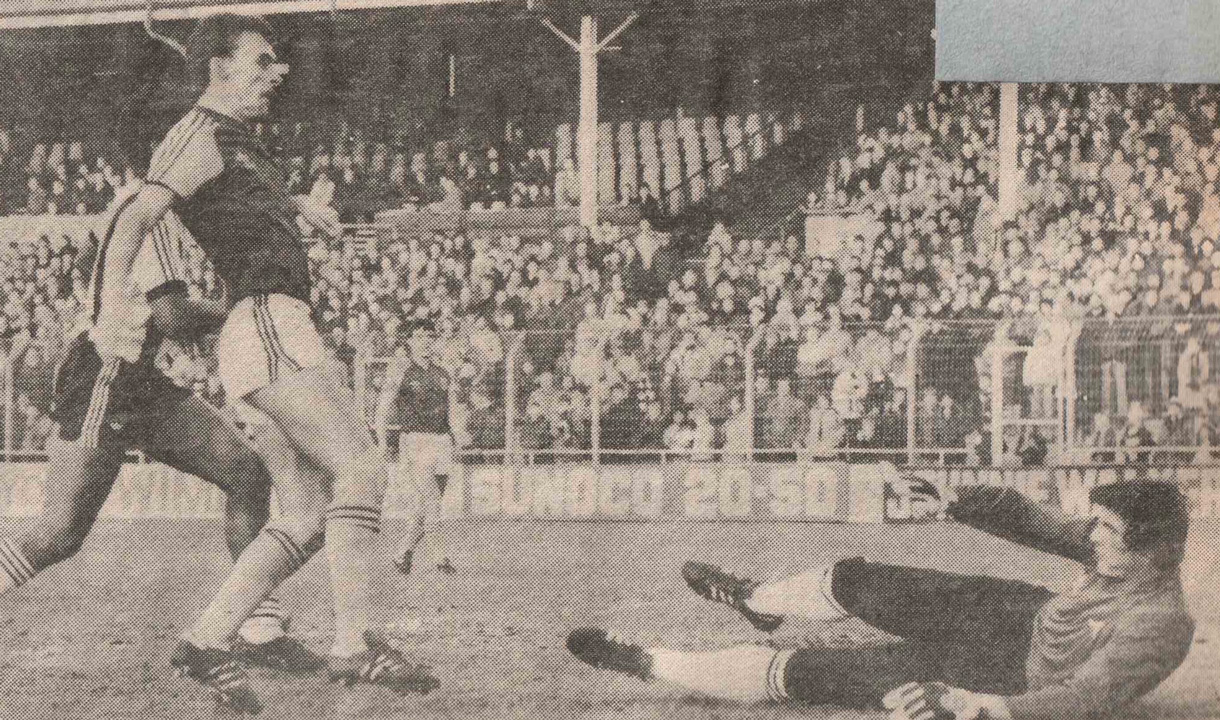 Alan Dickens: My first-team debut was certainly kind to me

One of the Academy of Football’s most talented graduates made his West Ham United debut on this day 39 years ago.

Local lad Alan Dickens was born in Plaistow, captained the Newham district side and joined the Hammers as a ten-year-old schoolboy in 1975.

While he trained with West Ham during the evenings in term time, he was later invited to spend his school holidays with Manchester United, who were themselves managed by West Ham Academy graduate Dave Sexton at the time.

Ultimately, though, the young midfielder opted to remain in east London and sign for West Ham at the age of 15.

A year or so later, still just 16, he starred alongside Paul Allen and Bobby Barnes, among others, as Tony Carr’s Irons beat Tottenham Hotspur to win the 1981 FA Youth Cup.

My first-team debut was certainly kind to me

“With its Academy, the Hammers had a reputation for giving youngsters their chance and, indeed, with teenage 1980 FA Cup winner Paul having broken into West Ham’s first-team, I was combining my days in the classroom at Woodside School with nights playing under floodlights in the 1980/81 FA Youth Cup!” Dickens recalled.

“I’d scored twice in the second round against Barking ahead of netting again as we beat a very good Manchester City side by the same scoreline in the semi-final first leg at the Boleyn Ground before then winning 2-1 at Maine Road.

“With Paul returning for the final against Tottenham Hotspur, I was on the bench for our 2-0 first-leg victory at the Boleyn Ground before starting the White Hart Lane return in front of 13,765 spectators – the biggest crowd of my career to date.

“Although I was the youngest, I looked around our dressing room and saw decent players – Bobby Barnes, Everald La Ronde and Keith McPherson would play for the first team, while others carved out league careers elsewhere. Beating Spurs 2-1 on aggregate now meant we were one of the best teams in the country and we certainly deserved to lift that trophy. Magical times.”

Dickens signed his first apprentice contract in July 1981, before turning professional a month shy of his 18th birthday in August 1982. Four months later, the teenager made a memorable first-team debut on 18 December in a First Division fixture at Notts County.

Wearing the Club’s famous No6 shirt, Dickens lined up alongside Allen, Geoff Pike and François Van der Elst in John Lyall’s side and scored in front of an 8,441-strong crowd as West Ham won 2-0 at Meadow Lane to go sixth in the table.

“Leaving school and signing apprentice forms just a few months after that FA Youth Cup win, I just kept doing what I’d been doing in both the South-East Counties League and the Football Combination during 1981/82,” the man himself recalled.

“Midway through following season, I began travelling with the first-team squad to a few away matches and, on 18 December 1982, made my debut at Notts County.

“John Lyall told me on Friday lunchtime that I’d be playing at Meadow Lane the following day and although I was excited, I didn’t have one of those sleepless nights that you so often hear young lads talk about.

“West Ham had made a good start to the season but injuries began to hit their small squad and they’d started to slip out of the top six. I think John looked at the league table and – with no disrespect to 13th-placed Notts County – thought it was probably the ideal match to chuck me into.

“There was no real pressure – we’d lost our last two league games, were playing away from Upton Park, the crowd was just 8,441 and he knew that his senior players would make me feel comfortable.

“Professionals like Frank Lampard, Phil Parkes, Geoff Pike and François van der Elst wouldn’t have made it bad day for me even if it had turned out like that.

“As it happened, my Hammers debut couldn’t have gone any better. For, within seven minutes Raddy Avramović parried Paul Allen’s shot into my path and I tapped home before also being involved in the move that led to David Hunt’s own-goal that gave us a 2-1 win. Yes, my first-team debut was certainly kind to me.”