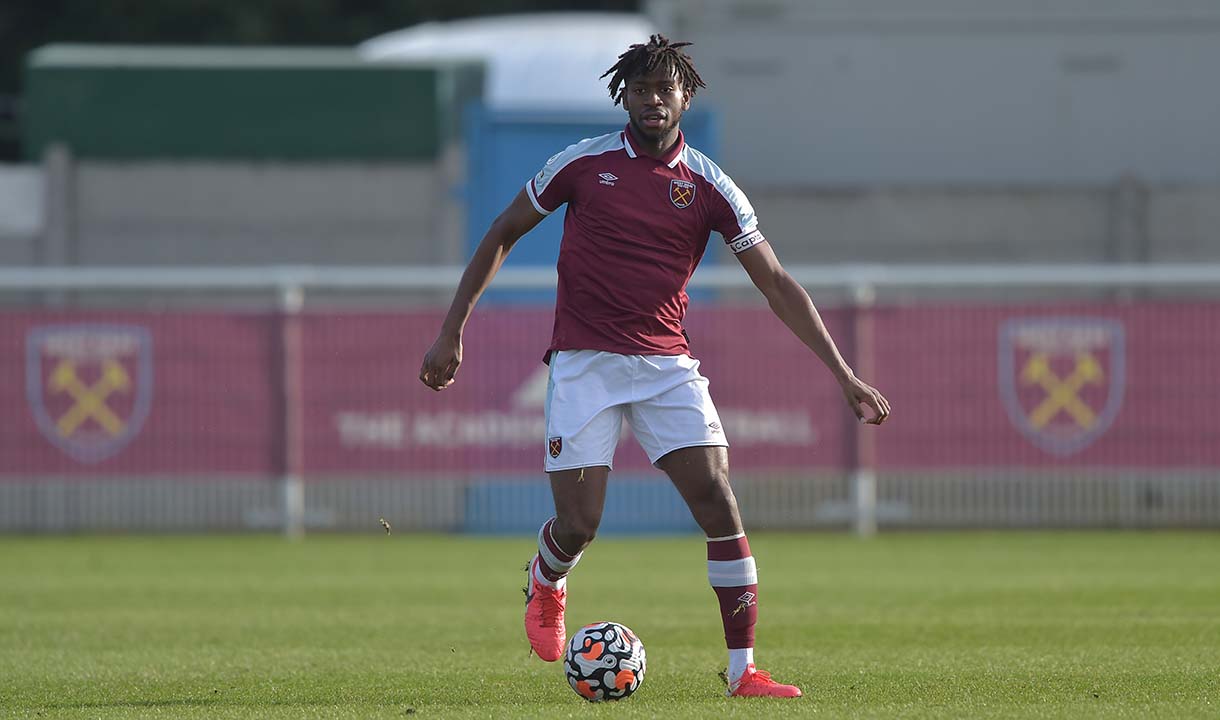 The significance of this Sunday’s Premier League 2 Division 1 match away to Manchester City is not lost on West Ham United 23s, according to captain Ajibola Alese.

Alese and his teammates travel to face City this weekend in a fixture that puts first in the league against second. The Hammers are four points behind Sunday’s opponents in the table but with a game in hand, and victory at the Academy Stadium would put the Irons in a strong position heading into the remainder of the campaign.

The U23s skipper says that the entire squad is aware of how significant this Sunday’s fixture will be for the team’s season and has called on the side to use the magnitude of the encounter as motivation.

“It goes without saying that this is a big game for us,” the centre-back told whufc.com. “We’ve not really talked about the context of the game but I think we all are aware that, if they win, they can open up a gap on us at the top. But if we can get the win, we’re only a point behind them with a game in hand, so it’s a huge match.

“We just want to do the best we can and use the occasion as motivation. If we beat them, we’re in a good position to go top of the league with our game in hand. We want to give the best account of ourselves and hopefully it will be a good day for us on Sunday.”

We just want to do the best we can and use the occasion as motivation.

It was the Hammers who ran out victors in the reverse fixture in November, as Sonny Perkins’ second-minute strike secured a 1-0 victory at Rush Green Stadium in Mark Robson’s first match as U23s Lead Coach.

Alese remembers how tough that match was and is anticipating a similarly tricky fixture in Manchester.

“We’re expecting a tough game, similar to the match we played against them at home earlier in the season. They’re a good team. They are well organised, and they have a lot of quality in the side. They can hurt you at any time.

“I think, if we play the same way that we did against them earlier this season, and do the same things, there’s no reason we can’t get the win and the three points.”

The U23s head into Sunday’s match after returning to winning ways in the Premier League Cup last Friday at home to Swansea City.

Alese admits recent results have not shown the West Ham developmental team at their very best but is confident the side will be in a good place come Sunday.

He added: “Training has been really good this week. We’ve been looking at the things that we perhaps haven’t done so well this season and now we’re just trying to put it all together ready for the game on Sunday.

“We’ve had a few weeks where we’ve not had the best results, although sometimes the performances have been decent in places. At times, it’s been a bit of a mix in terms of different personnel playing.

“But the win against Swansea City gave everyone in the group a boost, while also giving a couple of the lads a needed rest and also a few others some needed minutes. I think we’re in a good position, ready for Manchester City.”