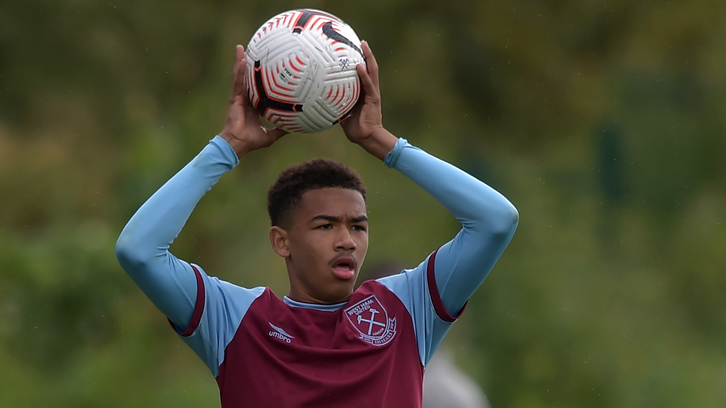 Midfielder Sonny Perkins gave the Hammers the lead midway through the first half before the hosts hit back through Kahrel Reddin.

Villa took the lead in the second period through Tommi O’Reilly, but Kevin Keen’s side stuck to their task and got a deserved equaliser late on when Aaron O’Reilly steered into his own net.

The draw sees the U18s remain eleventh in the U18 Premier League South on a proud day for the Academy of Football, with as many as six schoolboys featuring in Claret and Blue.

To have six U16s play such a crucial part against one of the best teams in this league made it a really proud afternoon for the Academy, and to play as they did, it was one of our best performances of the season without doubt

After making a positive start, West Ham United U18s took the lead midway through the first half. Sonny Perkins played a neat one-two with Regan Clayton on the edge of the Aston Villa box, and the midfielder collected the ball once more and fired his effort high into the net from close range.

The lead didn’t last long as the hosts seized the momentum and got back on terms through Kahrel Reddin. A superb run from Aston Villa left back Seb Revan saw the 17-year-old get to the by-line and cut the ball back to Reddin, who slotted past a helpless Krisztian Hegyi to level the scores.

Villa took the lead for the first time after an hour in similar circumstance. A swashbuckling run from Revan saw the defender beat his marker and lay the ball back to Tommy O’Reilly who swept his effort under Hegyi from just inside the area.

Kevin Keen’s side responded well to going behind, yet struggled to convert their possession into clear cut openings.

However, with less than ten minutes remaining at Bodymoor Heath, Kevin Keen’s side found the equaliser their performance warranted. An exchange of passes between Regan Clayton and Divin Mubama saw the former released down the left-hand side. The 16-year-old steadied himself and delivered a fizzing low cross that Aston Villa defender Aaron O’Reilly could only steer into his own net.

The young Hammers had a further opportunity to snatch all three points in added time. Perkins found himself in a similar position to his earlier goal after another quick passing move, but the midfielder could only fire his effort over the bar, leaving the spoils to be shared in Birmingham. 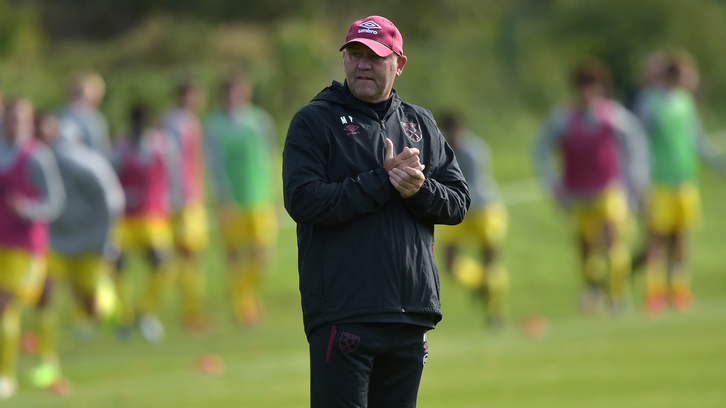 U18s assistant coach Mark Phillips was delighted with the display of the young Hammers.

“We’re really pleased with the performance today,” he said. “We started the game with four schoolboys and brought another two on off the bench, and that doesn’t really happen too much at this level.”

“To have six U16s play such a crucial part against one of the best teams in this league made it a really proud afternoon for the Academy and to play as they did, it was one of our best performances of the season without a doubt.”

When we went 2-1 down with a young team, we feared for ourselves, but I thought our response was excellent

The U18s were without a number of regular starters due to the match clashing with the U23s' trip to Merseyside to play Liverpool U23s.

"That pathway is what being a part of the Academy of Football is all about.”

Phillips was particularly pleased with how the youthful U18s rallied after going 2-1 behind against Villa.

“Aston Villa are a very good team who scored two really good goals, so when we went 2-1 down with a young team, we feared for ourselves, but I thought our response was excellent. We created a number of opportunities and okay, it’s an own goal that’s got us the equaliser, but we felt we were good value for that.

“It felt like a win for us in so many ways. There were some terrific individual performances from the likes of Regan Clayton at left back and Sonny Perkins out wide and we feel that we’ve come out of the game in really good stead ahead of an important week.”

Next up for the West Ham United U18s is a trip to Carrow Road in the fourth round of the FA Youth Cup.

“We’re really excited looking forward to the FA Youth Cup game against Norwich. We’ll look to head into the game with a strong team and we’ll be doing plenty of work for that on the training pitch this week.”