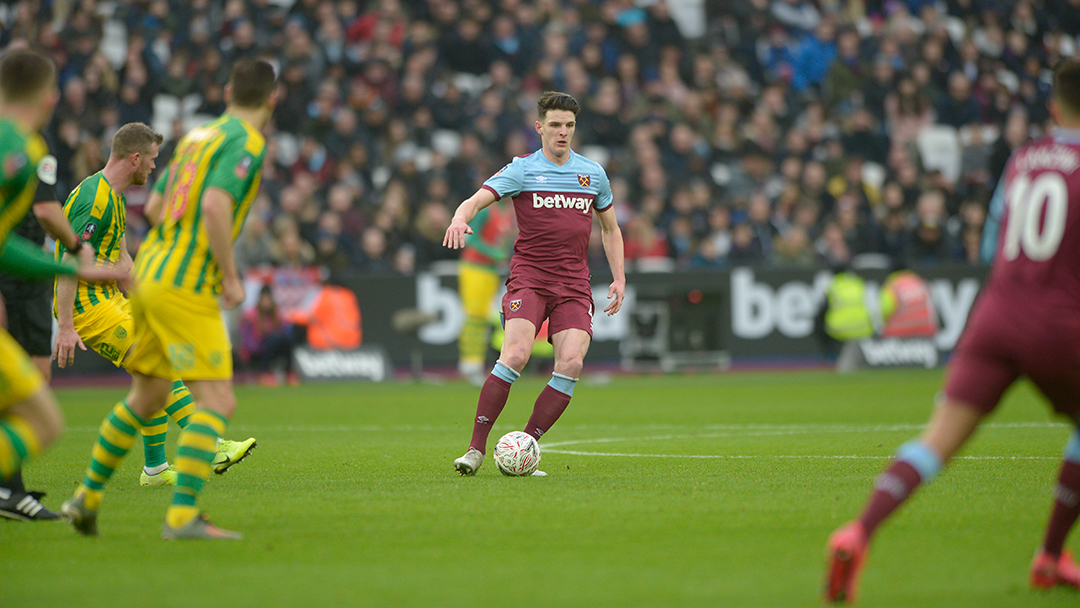 West Ham United's 2019/20 Emirates FA Cup campaign ground to a halt in the fourth round against West Bromwich Albion on Saturday afternoon.

The Hammers never really got going against a well-drilled Baggies side, who maintained their shape well to upset top-flight opposition after Conor Townsend's early strike proved enough to settle a tie ultimately short on quality.

Moyes' side, however, struggled for fluency in the opening stages, and it was the visitors who took an early lead when visiting left-back Townsend collected a loose ball just inside the area and arrowed his shot into the far corner, finding the inside of the side-netting.

That goal seemed to spark the Hammers into life, Lanzini leading a counter-attack which almost saw the Argentinean get on the end of Fornals’ fizzing return, only for the ball to find a Baggies boot first.

Misplaced passing put a stop to several promising moves before, with a quarter of the game played, the Hammers’ first real chance: Cresswell combined with Lanzini and darted down the left. Getting onto the return, his pull-back almost found Rice hovering near the six-yard area, only for a last-ditch intervention to take it off his toe at the crucial moment.

The midfielder then enjoyed a half-chance from the resulting corner, demonstrating good technique to strike a half volley on his weaker foot from outside the area, but he couldn’t quite find the far corner under growing pressure.

Five minutes before half-time, the Baggies ought to have doubled their lead when Charlie Austin peeled off his marker’s shoulder to meet Dara O’Shea’s cross. On the penalty spot, and with plenty of time, the striker nodded wide, much to London Stadium’s relief.

A difficult first-half performance saw Moyes make all three of his available substitutions at the interval, introducing Angelo Ogbonna, Mark Noble and Michail Antonio to the action.

It was the latter’s pace which almost sparked an equaliser early on, Antonio carrying the ball from one area to the other as his teammates counter-attacked in numbers. When the No30’s low ball was flicked by Lanzini towards Ajeti, however, Bond was quick off his line to snuff out the danger.

That crucial final ball began to seem ever-elusive, and so proved the case when Ajeti found Haller making an overlapping run into the area, but the Frenchman’s strike on his weaker foot was mishit, trickling wide of the post.

The move, however, saw the noise inside the ground turned up a notched, and minutes later, despite initially facing away from goal, Ajeti improvised an excellent header to flick Lanzini’s cross towards the far post – albeit just wide.

With 20 minutes remaining, the home team were granted a lifeline when Semi Ajayi clipped Ajeti’s heels as the Swiss striker looked to burst clear – his second yellow card prompting his dismissal by referee Stuart Attwell.

Despite the numerical disadvantage, West Brom continued to hold their shape, but it was Lanzini who came closest to breaking through their lines for West Ham, combining well with Haller before flashing a shot wide.

Minutes later, and Noble did similarly well to carry the ball between the challenges of Barry and Brunt, but couldn't find the goal with a curling strike which drifted wide.

As West Ham sought to mount the pressure, further long-range effort from Lanzini, and headers inside the box for Diop and Zabaleta, followed, before Rice came close with a low drive from outside the area, beaten away by Bond.

There would be one golden chance for Noble inside injury time, but the well-placed skipper was unable to guide Antonio's pull-back below the crossbar, and the tie slipped beyond the Irons' grasp - the Premier League now their sole focus for the remainder of the season.