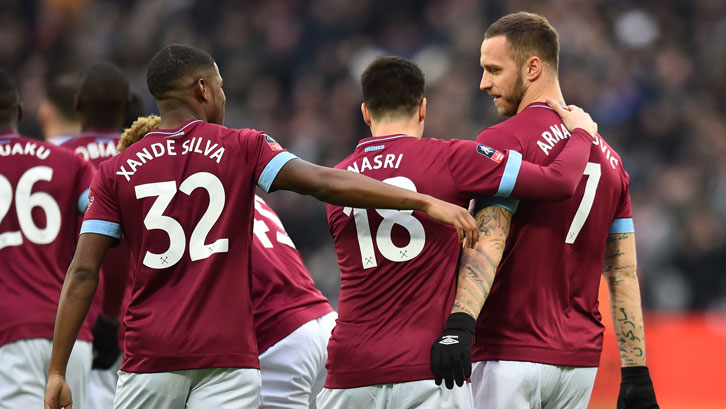 West Ham United are safely through to the Emirates FA Cup fourth round after scoring a 2-0 win over Birmingham City at London Stadium.

Marko Arnautovic put the hosts ahead within two minutes on a cold Saturday lunchtime, nodding in from close range after Angelo Ogbonna’s initial header from Grady Diangana’s corner had been saved by Lee Camp.

Both teams created chances to add to the scoreline throughout the 88 minutes that followed before substitute Andy Carroll, who had replaced Arnautovic in the first half, made sure Manuel Pellegrini’s team will be in Monday’s draw with a late header of his own.

It took less than 120 seconds for the Hammers to break the deadlock. Full debutant Xande Silva won a corner when his low shot was turned around the post by Camp. From Diangana’s left-wing corner, Ogbonna’s powerful header was saved by the former Nottingham Forest goalkeeper, but Arnautovic reacted quicker than left-back Maxime Colin to head into the net from six yards.

And, after both teams had passed up opportunities to make things more exciting, Carroll settled matters by sending a trademark header into the bottom left-hand corner from Michail Antonio's far-post cross.

While the home side controlled possession for long periods, it was Blues who created arguably the better chances in the first half, particularly after Arnautovic had been replaced by Andy Carroll after complaining of a back problem.

Gary Garnder’s shot was deflected wide by Arthur Masuaku and Lukas Jutkiewicz headed narrowly wide of the far post before the ten-goal centre forward saw another headed effort cleared from under his own crossbar by Carroll.

And Birmingham went close again just before the break when Maikel Kieftenbeld’s first-time shot curved just wide of the target.

At the other end, the lively Xande Silva and Diangana carried the attack to Birmingham in Arnautovic’s absence, with the latter seeing one left-foot shot deflected past the post and another fly into the side netting before the interval. 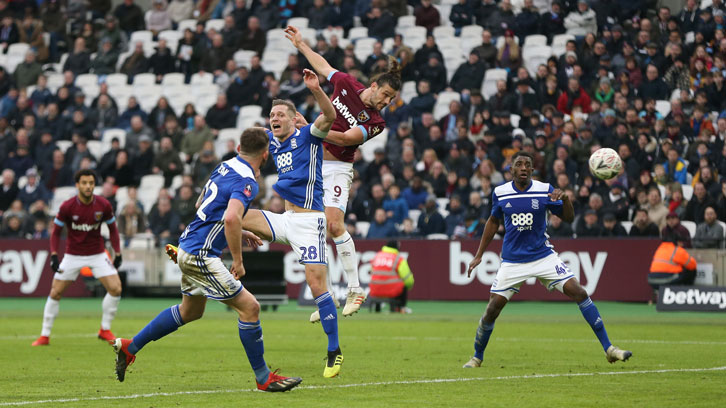 With just one goal to find to level matters, Birmingham continued to play their direct football after half-time and it came close to paying dividends on a few occasions.

Che Adams saw a shot blocked by Ogbonna before Jutkiewicz had two half-chances, lobbing one wide and heading the second too close to Adrian. Issa Diop also did well to block Harlee Dean’s late header wide

At the other end, West Ham forced a succession of corners and both Michail Antonio and Xande Silva blasted efforts narrowly off-target before Carroll clipped the angle of post and crossbar following good work from fellow substitute Robert Snodgrass.

And the Big Man's determination to end his year-long goal drought was rewarded in the first minute of added time, when he rose above Birmingham captain Michael Morrison to power Antonio's right-wing delivery past Camp and into the net.

Aside from the victory itself, Nasri’s hour-long debut showed he has not lost any of his technical ability, while Man of the Match Diangana and fellow youngsters Xande Silva and Declan Rice also impressed.

The fourth round draw will be shown live on BBC One following Monday’s live Wolverhampton Wanderers versus Liverpool tie.