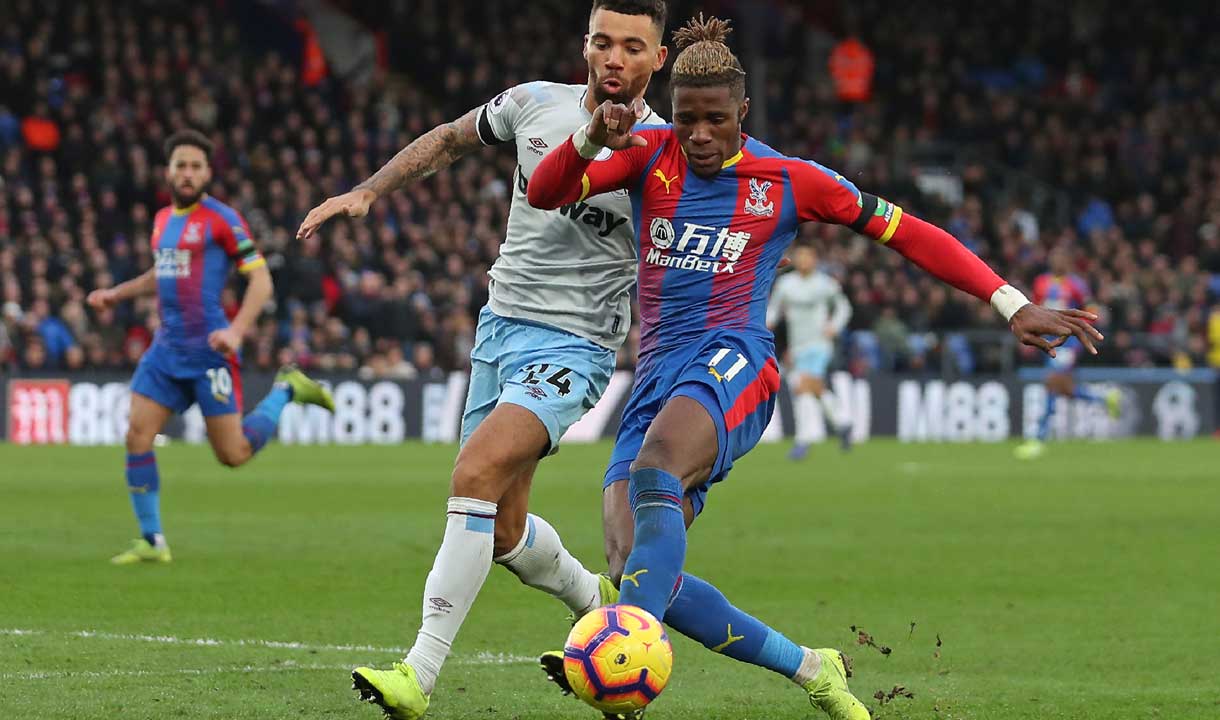 West Ham United were pegged back by Wilfried Zaha's second half goal as they shared the points with Crystal Palace at Selhurst Park on Saturday.

The visitors deservedly led at the break through Mark Noble's 27th minute penalty, but Palace came out strongly after the interval and did more than enough to earn their leveller.

James McArthur and Michy Batshuayi both passed up one-on-one opportunities before Zaha's deflected effort 14 minutes from time ensured the final score would be 1-1.

Manuel Pellegrini named an unchanged side from the eleven which secured an excellent draw against Liverpool on Monday, and they set about attacking with the same verve on the break that they showed that night.

With 14 minutes on the clock, Ryan Fredericks had West Ham’s first sight of goal when he continued his run to collect Michail Antonio’s mis-hit shot, but he couldn’t get enough shape on his left-footed effort and home keeper Vicente Guaita saved.

Sixty seconds later Guaita was called into action again, blocking by his near post after Felipe Anderson’s neat through ball presented Robert Snodgrass with an opening.

At the other end, Lukasz Fabianksi was on top form to deny McArthur after he found space inside the box, but back came West Ham and they took the lead from the spot on 27 minutes.

Guaita was Palace’s guilty party, clattering into Antonio after he ran onto Declan Rice’s cleverly chipped pass into the box and Noble did the rest from 12 yards.

Fabiankski prevented Benteke from giving Palace a quick response with another low save and West Ham were worthy of their half-time advantage.

The visitors were grateful for a huge let-off eight minutes after the restart, though, when McArthur beat the offside line to receive a pass from Patrick van Aanholt, turn and bear down on Fabianski. He had all the time in the world to pick his spot, but somehow fired wide of the near post.

Palace introduced Batshuayi from the bench as they looked to up the pressure further and the Belgian passed up a great opportunity to level midway through the half, but like McArthur, he shot wide of the left-hand post with only Fabianski to beat.

The hosts were looking the more likely and they were rewarded with a slice of fortune 14 minutes from time as Zaha advanced into the box, exchanged passes with McArthur and saw his low cross deflect off Issa Diop and fly past a helpless Fabianski.

Fabianski had one more stop to make, diving low to his left to repel a Zaha effort, and the Hammers held out for a point.