Jacob Beashels was given a day to never forget, walking out for the game with goalscorer Michail Antonio in front of 60,000 supporters at London Stadium and a worldwide television audience of millions.

A Season Ticket Holder of five years, Jacob has DiGeorge syndrome, a genetic disorder that affects the muscles and, in the Essex-based youngster’s case, has also impacted his learning and behaviour.

Ahead of a major operation to correct scoliosis – a significant curvature of the spine – Jacob was given a matchday to remember when the Hammers took on the Reds, joining the team in the home dressing room and on the pitch as a mascot before the high-profile game.

A medical setback immediately before his scheduled operation means Jacob’s surgery has been postponed, and he is back playing football with his team Bury Rangers, but it is hoped he will receive the life-changing operation soon.

Watch Jacob’s special day with West Ham in the video player above! 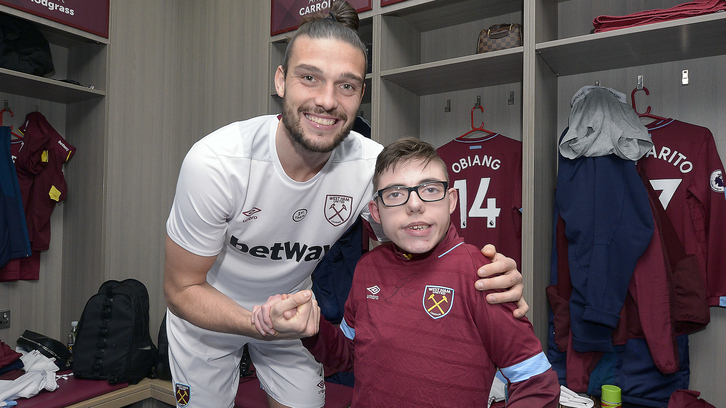 Read more Like my Dreams stories by clicking these links...

A special day for Bailey Punnett