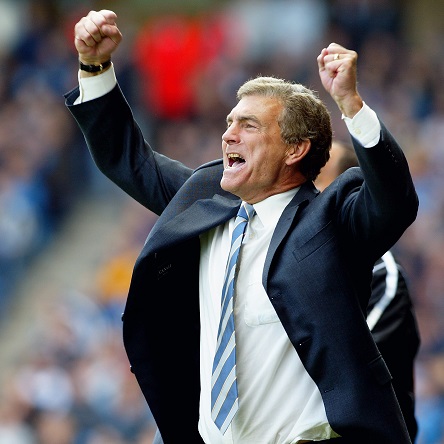 One of the greatest names in West Ham United history, five-time Hammer of the Year Trevor Brooking risked his reputation when he returned to east London as caretaker manager in April 2003.

The Club he had graced for nearly 20 years as a player were in turmoil, with manager Glenn Roeder taken seriously ill and the team seemingly spiraling towards an inevitable relegation.

While West Ham would eventually drop out of the Premier League with a record-high 42 points, they won seven points from a possible nine with Brooking in charge.

When Roeder departed permanently in August 2003, Brooking again took the helm on a temporary basis, guiding his team to seven wins and just one defeat in eleven matches in all competitions.

The former England international, broadcaster and football administrator departed in October 2003 to make way for Alan Pardew, but his legacy as a true Claret and Blue legend had only been strengthened .

No manager in West Ham history, caretaker or permanent, has a better winning percentage.