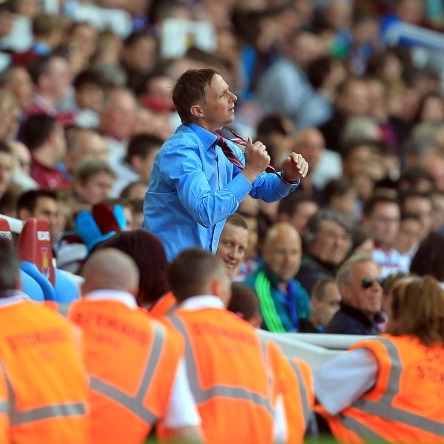 Like Trevor Brooking before him, Kevin Keen was a former West Ham United midfielder who took caretaker charge of his old Club on two occasions.

Both of Keen's stints at the helm lasted just one match and both ended in defeats - the first a 3-2 Premier League reverse at West Bromwich Albion on 13 September 2008, and the second a 3-0 defeat by Sunderland for the already-relegated Hammers at the Boleyn Ground on 22 May 2011.

Keen also served in a variety of coaching roles with West Ham, starting as Under-17 coach in July 2002 before being promoted to reserve-term and then first-team coach by 2006.

He returned to the role of reserve-team coach in 2007, following the appointment of Alan Curbishley, and also worked on the backroom staff under Gianfranco Zola and Avram Grant.

Since departing east London in 2011, Keen has worked on the coaching staff at Liverpool, West Bromwich Albion, Fulham and Reading and Crystal Palace, as well enjoying as a five-month stint as Colchester United manager in 2015/16.