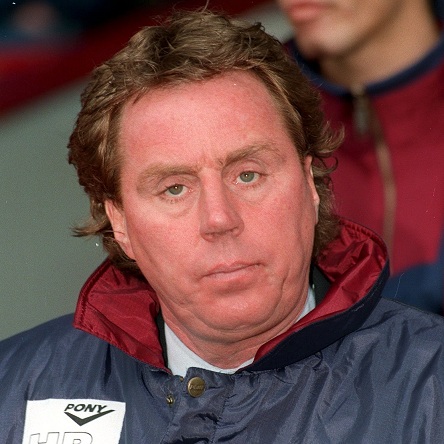 Harry Redknapp’s relationship with West Ham United began in 1962, when he joined the Club as a 15-year-old schoolboy.

The Poplar-born midfielder spent a decade with the Hammers as a player, making 175 appearances and scoring eight goals, before completing his playing career with Bournemouth, Brentford and NASL side Seattle Sounders.

Redknapp began his managerial career as an assistant with the Sounders in the late 1970s before taking on the same role as Bobby Moore’s No2 at non-league Oxford City.

Redknapp became a manager in his own right with Bournemouth in 1983, making his mark during nine seasons on the south coast. There, he won the Division Three title in 1987, but suffered relegation three years later.

In June 1990, he was seriously injured in a fatal minibus accident in Italy, where Redknapp had joined a host of other football dignitaries were for the FIFA World Cup finals. Redknapp recovered and continued to manage Bournemouth until the summer of 1992, when he departed and took on the role of former team-mate Billy Bonds’ assistant at West Ham.

Two years later, Redknapp took over from Bonds in August 1994, beginning a seven-year reign at the Boleyn Ground.

Redknapp also became known for his interest in the overseas transfer market, bringing in a large number of foreign players from all over the world. Among the most notable successes of his tenure were maverick Italian forward Paolo Di Canio, Croatia pair Igor Stimac and Slaven Bilic, Czech defender Tomas Repka and Mali centre forward Frederic Kanoute.

At the same time, Redknapp also brought a number of players to the club from overseas who did not prove to be so successful, including Romania duo Florin Raducioiu and Ilie Dumitrescu, Portuguese forward Paulo Futre and Dutch striker Marco Boogers.

With dozens of players coming and going throughout his seven years at the helm, Redknapp’s reign was one of the most unpredictable and exciting in West Ham history.

Overall, however, the results were positive, with the Hammers finishing eighth in the Premier League in 1997/98 and a record-high of fifth the following season. The summer of 1999 also saw West Ham win the UEFA Intertoto Cup and qualify for the UEFA Cup for the first time since 1980.
Redknapp departed one game before the end of the 2000/01 campaign.