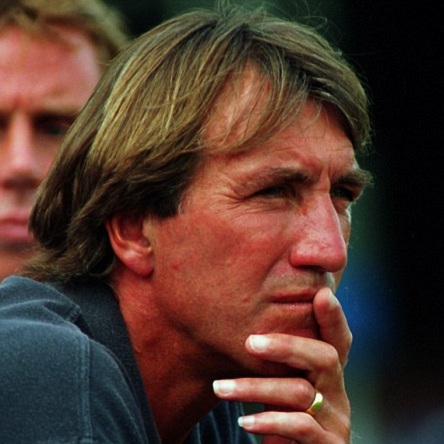 Billy Bonds was a popular choice when he was appointed manager on 23 February 1990.

The Club’s all-time record appearance-maker, two-time FA Cup-winning captain and four-time Hammer of the Year, Bonds had retired from playing in 1988 and served as a youth coach under John Lyall. That same year, he was made an MBE.

After guiding West Ham to seventh in Division Two in his first few months in charge, Bonds led the Hammers back to the top flight via the runners-up spot and an FA Cup semi-final defeat by Nottingham Forest in 1990/91.

Unfortunately, West Ham were relegated again in 1992 after finishing bottom of Division One, while the controversial Bond scheme caused uproar among a section of supporters off the pitch.

However, the Club stayed loyal to its great servant and were rewarded as Bonds won a second promotion in three seasons the following year, with old friend and team-mate Harry Redknapp now serving as his assistant.

In 1993/94, Bonds led West Ham to the safety of 13th position in their first season in the Premier League, only for the Claret and Blue legend to resign suddenly on 10 August 1994.
Bonds was replaced by Redknapp, turning down the offer of the newly-created role of Director of Football.

In all, Bonds won 82 and lost just 59 of his 194 matches in charge of the Hammers. Among the players to excel during his tenure were Julian Dicks, Steve Potts, Kevin Keen, Stuart Slater, Trevor Morley, Ian Bishop, Martin Allen and Ludek Miklosko.

After a short spell as Millwall manager, Woolwich-born Bonds ended his active involvement in football in 1998.

The Club legend was presented with West Ham’s first-ever Lifetime Achievement award in May 2013.