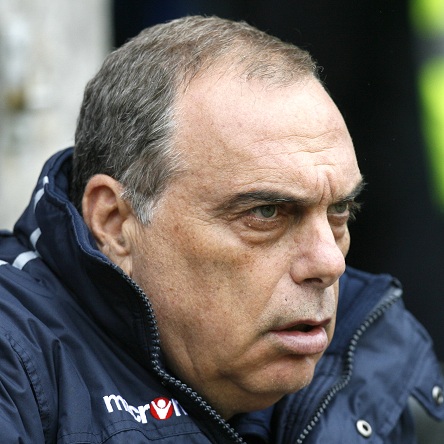 An experienced coach, Grant had enjoyed success in his homeland of Israel in the 1990s and early 2000s, winning four league titles with Maccabi Tel Aviv and Maccabi Haifa around the turn of the millennium.

In 2002, he took over as Israel manager and lost just six of 33 matches in charge of his country, including an unbeaten 2006 FIFA World Cup qualifying campaign.

The 2007/08 season saw Grant manage Chelsea, who he led to the UEFA Champions League final, where they were edged out on penalties by Manchester United, the League Cup final and runners-up spot in the Premier League.

After guiding Portsmouth to the 2010 FA Cup final, which they lost to Chelsea, Grant departed Fratton Park and joined West Ham.

Despite bringing in Republic of Ireland striker Robbie Keane and England left-back Wayne Bridge on loan in January 2011, Grant was unable to arrest the slide and the Hammers were relegated with a game to spare.

Grant enjoyed more success in the knockout competitions, where West Ham thrashed Manchester United 4-0 in the League Cup fifth round, only to suffer a disappointing extra-time defeat by Birmingham City in the semi-finals.

The Israeli was sacked following the 3-2 defeat at Wigan Athletic that condemned the Hammers to the drop on 15 May 2011.

Since his departure from east London, Grant has managed Serbian club Partizan Belgrade and the national team of Ghana, who he guided to the final of the 2015 Africa Cup of Nations.