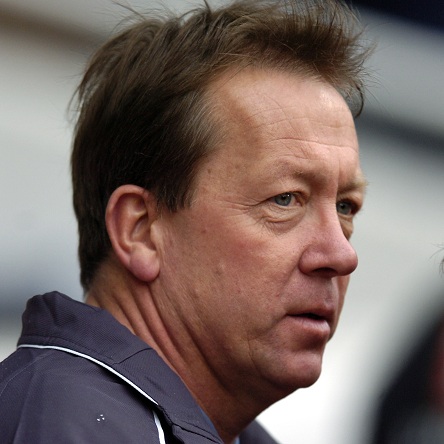 Forest Gate-born Alan Curbishley returned to his native east London when he was appointed as West Ham United’s eleventh permanent manager in December 2006.

A midfielder in his playing days, Curbishley began his association with the Hammers as an apprentice before making his first-team debut in a 1–0 home Division One defeat by Chelsea in March 1975.

After 96 appearances and seven goals, Curbishley moved to Birmingham City in 1979. He went on to play for Aston Villa, Charlton Athletic and Brighton & Hove Albion before returning to Charlton in 1990.

The following year, he joined forces with fellow player Steve Gritt as joint manager. In 1995, however, he took sole charge of the Addicks and oversaw the best period in the south London club’s recent history.

Curbishley’s Charlton won promotion in 1997/98, only to be relegated the following season. However, he bounced back by leading the club to the Division One title in 2000. Charlton spent the next seven seasons in the Premier League, finishing seventh in 2003/04. After 729 games in charge, he departed The Valley in the summer of 2006.

Curbishley worked as a broadcast pundit for a short period before being appointed as West Ham manager in December 2006. He marked his first game in charge by scoring a Premier League victory over Manchester United at the Boleyn Ground.

A difficult run saw the Hammers struggling against relegation in the spring of 2007, but an amazing run of seven wins in nine matches saw Curbishley’s side achieve a ‘Great Escape’ from relegation, culminating in a memorable 1-0 win over the champions at Old Trafford.

In summer 2007, he made a number of high-profile signings, including Scott Parker, Craig Bellamy, Kieron Dyer and Julien Faubert. Despite the long-term absences of many of his top players, Curbishley guided West Ham to the comfort of tenth place in 2007/08.

In September 2008, he departed the Boleyn Ground and returned to his role in the media.

In 2013, he took on the role of technical director at Fulham, but left Craven Cottage the following year.